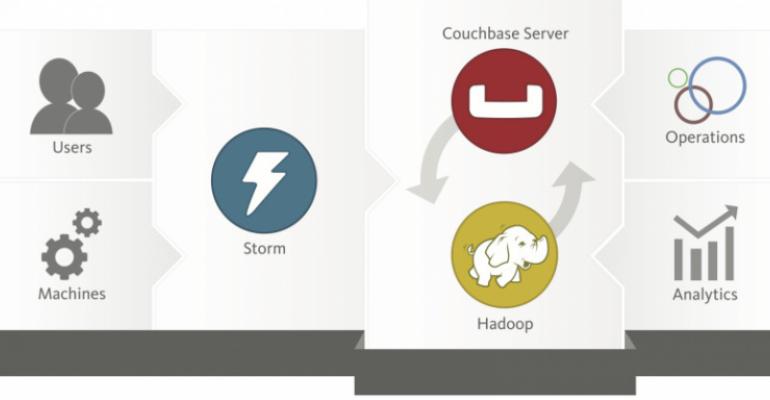 Couchbase announces new partnerships with CumuLogic, ElastiBox and Cloudsoft to help business deploy Couchbase Server to a cloud of choice, whether on-premise, public or hybrid.

Couchbase is coming off of a $60 million financing round recently and a year that witnessed 400 percent growth in sales. The company believes it is at the right place at the right time, citing Gartner forecasts that show a projected 17.7 percent growth rate for public cloud services through 2016, and nearly half of large enterprises moving to hybrid cloud deployments. The company feels this emphasizes the importance of enabling the deployment of its software across all cloud-based environments.

Vice President of Business Development at Couchbase Rod Hamlin says that the addition of these new partners "ensures customers can find the right option for their business to deploy Couchbase Server to their cloud of choice, whether it’s on-premises, public or hybrid, and power their applications with the highest performing and most scalable NoSQL database.”

Couchbase as a service

Couchbase and Database-as-a-Service (DBaaS) software provider CumuLogic announced a partnership to bring developers seamless access to Couchbase Server “as a service” via on-premises, public, and hybrid cloud infrastructure. CumuLogic VP of Product Strategy Chip Childers says Couchbase is particularly strong in the mobile application developer community, and that DBaaS will give the developers databases they want, and the operations team a common platform for operations and management on whatever infrastructure they want to use.

The partnership with ElasticBox will provide a 'Couchbase box' solution, an encapsulated architecture (box) as a service. EleasticBox describes its box technology as reusable application components that can include configuration management runtimes and platforms, are stacked together to build applications that can be shared with coworkers and repeatedly deployed anywhere. Enabling IT with the Couchbase boxes will help with building and deploying applications as well as speeding up application delivery.

“If Big Data’s promise is being turned into reality by technologies like NoSQL, then ElasticBox is bringing out the capabilities of the cloud to help businesses create, deploy and manage internal applications,” said Ravi Srivatsav, CEO and cofounder of ElasticBox. “ElasticBox will continue to deeply integrate with top technologies, like Couchbase’s robust NoSQL database, as we bring even more power and capabilities to the platform.”

Cloudsoft joined the Couchbase partner ecosystem by adding support for Couchbase server, thus giving users the ability to create composite blueprints that will enable them to model, deploy and manage their Couchbase applications both on-premises and in the cloud. Built on an open source Apache Brooklyn project itself Cloudsoft has been contributed support in the past to the Couchbase open source server and says it is actively working with Couchbase to add Couchbase mobile support.