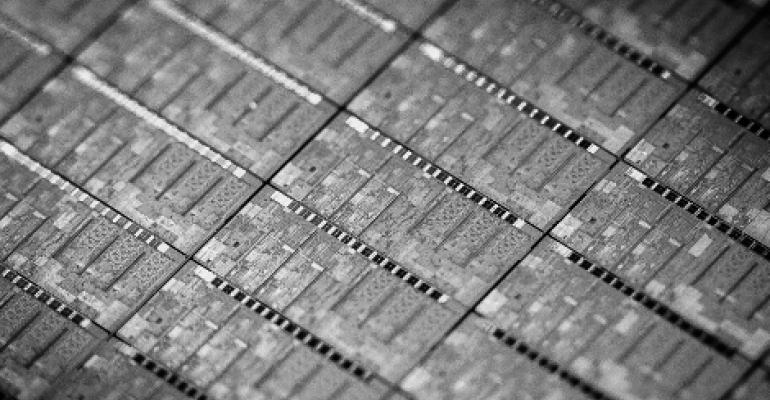 Intel’s upcoming Broadwell processors, manufactured using the next-generation 14-nanometer process technology, will generate half the heat their predecessors, the current 22 nm Haswell chips do. The chips will run cooler while performing at the same level and consuming less energy.

The company disclosed details of the Broadwell architecture for the first time Monday. The Intel Core M product line will lead to new form factors in computing, enabling systems that are not only cooler, but also thinner and quieter, it said.

The process technology has been qualified and 14-nanometer processors are already in volume production, according to a slide from a presentation by Intel senior fellow Mark Bohr. The company has equipped factories in Oregon and Arizona with 14 nm manufacturing equipment and plans to outfit a facility in Ireland next year.

Intel said some of the initial products powered by Core M will hit the market during this coming holiday shopping season. The availability through manufacturers will widen throughout the first half of 2015.

Intel’s Core M chips will power the entire range of devices, including servers, personal computing devices and devices connected to the Internet of Things. The latter is a category for network-connected devices that are not the usual smartphones, servers, laptops or desktop computers. These would be things like Google’s smart thermostat control device Nest or a monitoring sensor attached to a piece of equipment at a manufacturing plant.

The company is well ahead of competition on process technology. AMD’s smallest process technology is 28 nm, employed in producing chips based on its Jaguar architecture. IBM’s latest Power8 chips, which went into production only recently, are manufactured using 22 nm technology.

IBM recently announced a plan to invest $3 billion in research and development efforts to shrink process technology beyond 7 nm, but that is a very long-term goal, and IBM’s $3 billion investment is small compared to the $10 billion Intel spends on processor R&D every year.

“We have … said that we hope to have 10 nm deployed approximately two years after we ship 14 nm and we’ve also said we have visibility to the 7 nm node,” an Intel spokesperson wrote us in an email commenting on IBM’s announcement. “On the other hand IBM has begun shipment of their equivalent of our 22 nm process.”

Another important distinction is that IBM is not shipping 3D transistors (known as FinFETs), and Intel is. Its 14 nm chips are built using second-generation Tri-gate transistors, while others are still working to develop FinFET technology of their own.

Intel’s Tri-gate transistors stack a single gate on top of two vertical gates, which effectively triples the surface area electrons travel on without tripling the overall size of the chip.

Core M chips will be 30 percent thinner and half the size of their current-generation counterparts. Intel has introduced new power and thermal management features and reduced the amount of power the chips consume when idling by 60 percent.

Idle server power consumption is a major energy sink for data centers. For example, one type of web server Facebook uses to run its application draws 60 watts when idle. This is at the low end of the range for the data center industry as a whole, since Facebook has one of the most optimized data center infrastructures in the world.