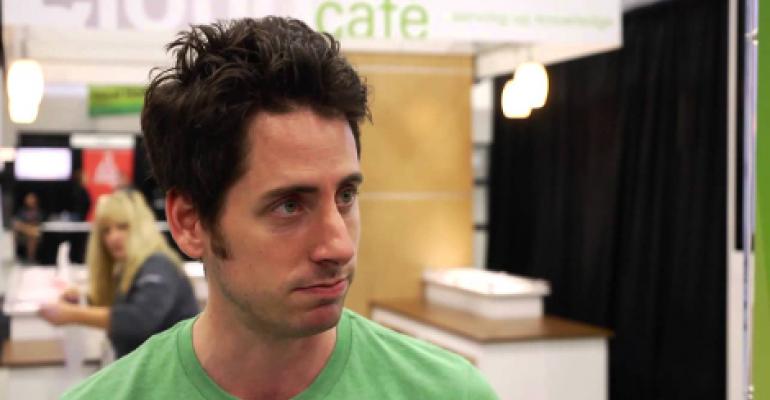 CenturyLink Technology Solutions has developed a software solution for managing applications that span multiple Docker containers and on Tuesday contributed it to the open source community.

The solution, called Panamax, essentially makes management of multi-container applications “easier for humans,” Lucas Carlson, chief innovation officer at CenturyLink, who came to the company when it bought his startup AppFog, said.

“Right now, deploying … containerized applications is very easy for simple single-container applications,” he said. Once you venture beyond the single-container topology, there is all of a sudden a myriad of new technologies you need to learn – things like Fig, Mesos, etcd – “the list keeps growing every other day.”

All the things a developer needs to learn makes barrier to entry for using Docker very high. The goal of Panamax is to lower that barrier with a set of standard practices and an elegant interface that enables users to deploy containerized apps in any cloud using the technologies under the hood without having to learn the ins and outs of each of them.

It is yet another big bet CenturyLink has placed on where the company thinks the future of cloud technology lies. Its other big bets include support for the open source Platform-as-a-Service technology Cloud Foundry and Microsoft’s .NET framework, which enables interoperability between pieces of code written in different languages.

Panamax is a sophisticated “cloud installer” that can be used to install one of the open-source Docker-based Platform-as-a-Service solutions, such as Dokku, Flynn and Deis, or a Hadoop cluster, among other examples.

The solution is still in beta, but CenturyLink has already created blueprints for customers to deploy the software and try it out. Calson said many of the provider’s own employees were evaluating it to see how it will fit in their application development lifecycles.

The plan is for Panamax to support orchestration technologies for Linux containers from a number of solutions already out there, such as Google’s Kubernetes, Red Hat’s GearD and Apache Mesos. Today, it only supports Fleet by the San Francisco startup CoreOS.

A company like Cloudera, for example, may create a 100-container Hadoop cluster and share it with the world, Carlson said.

From dream to reality

He said Panamax had been a passion of his since he first imagined the concept about nine months ago. Improving the way people manage application containers is “pretty much a dream of mine,” he said.

“I had the idea for Panamax,”Carlson said. “I had the concept for what it would be and how it worked and all that.”

He hired 11 high-level programmers, engineers and designers to create a team dedicated to Panamax, and the team has been working on the platform for about six months now. These were all additional hires, separate from the CenturyLink developer team in Seattle that is also doing a lot of infrastructure management software development. That team came with the acquisition of public cloud provider Tier 3.

So far, Carlson is satisfied with the results. “We’re really proud of the quality of the source code,” he said.

Not only is the source code clean, but the user interface is elegant and useful, and documentation is very clear. A lot of resources went toward documentation because the team knew from the start that the code would be open source.

Innovation is a strategic initiative at CenturyLink

CenturyLink’s high level of investment in technology is strategic in nature. “CenturyLink is a company that is very committed to cloud technology,” Carlson said. “That’s one of our big strategic initiatives.”

The company wants to take part in the next technological step in cloud computing instead of catching up with innovation done by others, and Carlson’s is a key role in fulfilling that goal. He has been a programmer for 20 years, built AppFog, a Platform-as-a-Service company, and written two books on development for O’Reilly Media’s publishing arm.

“My career grew up with the cloud, and so when I look forward, the thing that is changing the cloud landscape the most right now is … Linux containers and Docker,” he said. “It’s redefining what cloud looks like in the coming years.”

Carlson’s new developer team is going to continue developing Panamax, but its work is not limited to the Docker management platform. “We’re going to continue to work on innovative next-generation technologies,” he said, but did not want to divulge much else.

“We are definitely actively working on fun stuff that is hopefully going to continue changing the world for the better,” he said.