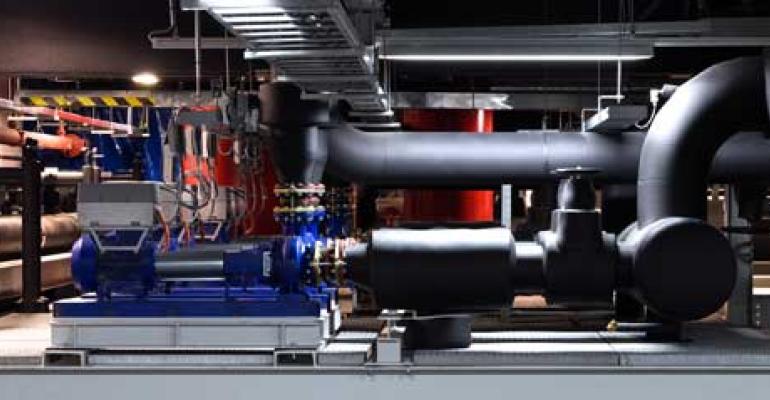 A chiller in an Interxion data center. (Photo: Interxion)
Colocation

Interxion announced it is purchasing the SFR Netcenter data center facilities in Marseille, France. The acquisition is expected to close in the third quarter 2014.

Capital expenditure associated with the purchase and further construction of the data center is expected to be €45 million. The acquisition and first two phases, about 5,400 square feet each, is expected to cost €20 million.

The Marseille data center will serve as an important gateway. It sits on the coast and is the second largest city in France.

Eight undersea cables terminate in Marseille, making the data center a key access point for Interxion and its customers that wish to serve emerging markets in the region.

The facility currently serves as a transit and caching node for more than 60 network providers. Interxion has entered into a contract with SFR, which will provide it with immediate access to the existing community of service providers and cable operators.

Interxion will purchase the land, buildings and data center equipment. The facility will have about 61,350 square feet of net usable space and at least 6 megawatts of critical power.

The first phase is expected to open in the fourth quarter, and the second is planned for the first quarter of 2015.

“Interxion’s investment in MRS 1 positions it at the crossroads of connectivity between Europe, Asia, Africa and the Middle East," Interxion CEO David Ruberg said. "The strong network hub that is created by the aggregation of multiple undersea cable landing points connecting to terrestrial cables makes Marseille a highly attractive gateway.

"We have received strong interest from our connectivity, CDN, social media, and cloud customers seeking to serve the emerging markets that can be accessed by these cables," he continued.We expect to expand the existing connectivity hub in MRS 1 and to develop thriving magnetic cloud and content hubs.”

Interxion is a major player in France. It has the most data centers there and commands close to one-third of the market.

The company's prior most recent portfolio expansion was announced in April, when it said it would add capacity in Amsterdam and Frankfurt.