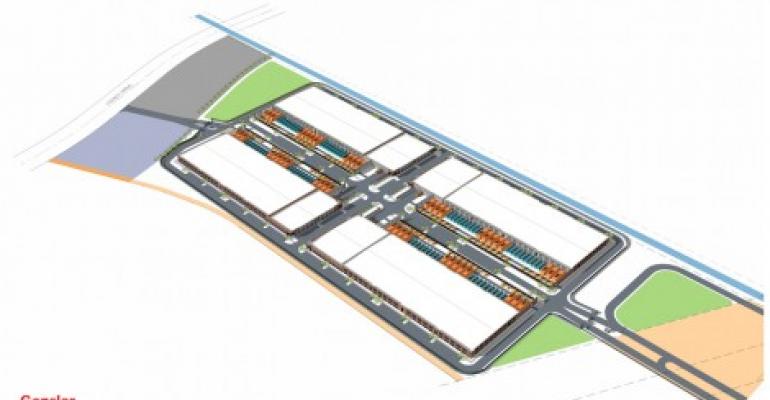 A new company called Patronus is developing a greenfield site in Frisco, Texas, into a four-building data center campus, expecting to invest more than $250 million in the project. Frisco is in the Dallas-Fort Worth metroplex, where the company believes there's an opportunity for a retail colocation play outside of a congested data center cluster in downtown Fort Worth. Its 35 acres of raw land lies in the main corridor of the Dallas tollway.

“We started this in November of last year,” said Michael Carnes, one of the company's founders. “The colocation market here is very fragmented. There’s a lot of providers in surrounding areas within rehabbed buildings. Not a lot in terms of new, greenfield space.”

While the company is new, Patronus is composed of former executives from Digital Realty Trust and CyrusOne. “Collectively as a group, we’re young; separately and individually we have a lot of experience,” Carnes said. “We’ve done the hard stuff. We've rehabbed facilities and filled them up. Doing a greenfield build with our history, we believe that the growth that is happening in our area has lined us up for success. We’ll focus on service and having a retail offering close to where people live and work. "

Carnes joined Digital Realty when the company was figuring out how to get into colocation. He has been in the industry a long time, going all the way back to Data Return, one of the early managed services providers. Co-founder Ryan Sullivan was also at Digital Realty, acting as head of management for a number of properties.

“What we believe is the reliability, location, pricing, relationship and trust with the customers is different with us,” Carnes said. “Collectively between myself, Ryan and [co-founder and COO] Kenneth Wolverton, we’ve done 1 million of total building gross square footage.”

The location has access to plenty of power. “A substation on site made it appealing, and there’s capacity for up to 250 megawatts,” Carnes said. “We got the utility to commit up to 50 megawatts for the site so far.”

The company is currently working with design groups to nail down the site master plan. The hope is to eventually build 0.5 million square feet in Frisco.

The project is in early stages but moving briskly. The company has already completed six months of due diligence.

“During our due diligence, we got the zoning on the land changed for data center use,” Sullivan, Patronus vice president, said. “This has never been done in Frisco.”

“Now we’re in the second round of the funding aspect. We do have some parties that are going through approval now.”

Interest in the site has been high. Patronus has not broken ground, but several customers have already requested information. Collectively, those customers are shopping around for enough space to fill one-third of the initial building,

Demand has always outpaced supply in DFW and Frisco is a particularly effective location, according to Patronus.

“Dallas Fort Worth is growing in general,” Carnes said. “The tollways and highways are congested. Most data centers are in downtown Fort Worth. If you get on tollway, it takes two hours to get downtown. If it’s the first time you’re doing colocation, speed is important. This is a reverse commute for most and will be that safety blanket that a lot of them are looking for.”

Toyota and FedEx have announced corporate offices n Frisco, and the town is the future home of the Dallas Cowboys indoor practice arena. It’s suddenly booming with vendors, making it ideal for businesses and for potential Patronus clients.

“We really put our stake in the ground for commercial growth,” Sullivan said. “There’s nothing like this in the area. There is not an owner-operator in Frisco going after retail as a main focus."

Other providers in the area include T5 in nearby Plano, which goes after large multi-megawatt deals. In Richardson, which is 25 miles south of Frisco (a longer commute than distance suggests), there are 17 data centers, totaling more than 1.6 million square feet. West of Patronus are CyrusOne and QTS.

Frisco offering a reverse commute for potential customers helps attract enterprises looking to outsource but wanting to remain close. “We’ll pick up enterprise and retail just because of our location,” said Carnes. “We’ll focus on service and having a retail offering close to where people live and work.”

The project is anticipated to bring in millions of dollars in tax revenue for the city. Data centers are appraised much higher than other types of real estate and generate much more tax money. “Long term, this is good for the community. It means better public schools,” said Carnes. “We’ve been educating the residents through four public hearings during the due diligence.”