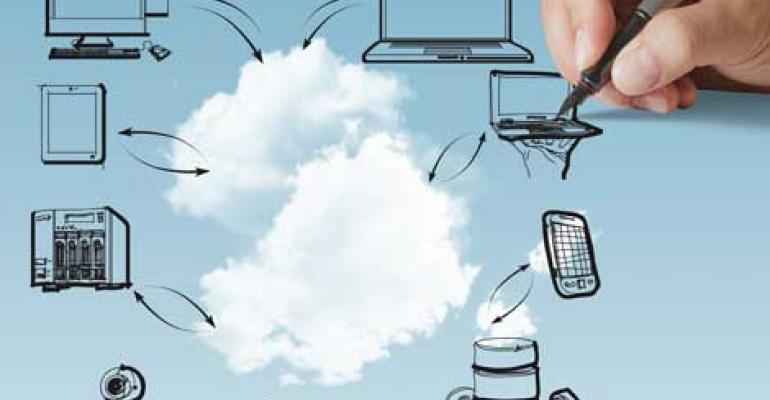 Another price cut for AWS, this time for data transfers out and CloudFront
Cloud

The proof-of-concept technology reduces set up times for cloud-to-cloud connectivity from days to seconds.

IBM and AT&T started the project way back in 2006. Funded by the DARPA CORONET program, the technology is of great interest to the U.S. Department of Defense. However, one of the program's goals is to make this technology available commercially.

AT&T was responsible for developing the overall networking architecture for this concept. IBM provided the cloud platform and intelligent cloud data center orchestration technologies to support dynamic provisioning. ACS contributed expertise in network management and innovations in optical-layer routing and signaling as part of the overall cloud networking architecture.

The technology uses intelligence in the cloud to:

“The program was visionary in anticipating the convergence of cloud computing and networking and in setting aggressive requirements for network performance in support of cloud services” said Ann Von Lehmen, the ACS program lead.

Developed for defense but has commercial applications

The original program goal was to enable affordable and fast bandwidth on demand between clouds, ensuring the survival of cloud networks in the event of multiple and system-wide failures. If disaster strikes, this was a way to connect cloud computing networks on the fly to immediately share resources and computing power in order to keep the Internet and the government running.

This prototype was implemented on OpenStack, an open-source cloud-computing platform for public and private clouds, elastically provisioning WAN connectivity and placing virtual machines between two clouds for the purpose of load balancing virtual network functions. The use of flexible, on-demand bandwidth for cloud applications, such as load balancing, remote data center backup operation and elastic scaling of workload provides the potential for major cost savings and operational efficiency for both cloud service providers and carriers.

“This technology not only represents a new ability to scale Big Data workloads and cloud computing resources in a single environment, but the elastic bandwidth model removes the inefficiency in consumption versus cost for cloud-to-cloud connectivity,” said Douglas Freimuth, IBM Research senior technical staff member and master inventor. “IBM Research brought a unique understanding of both cloud environments and networking infrastructures, which made us an ideal collaborator for this project.”