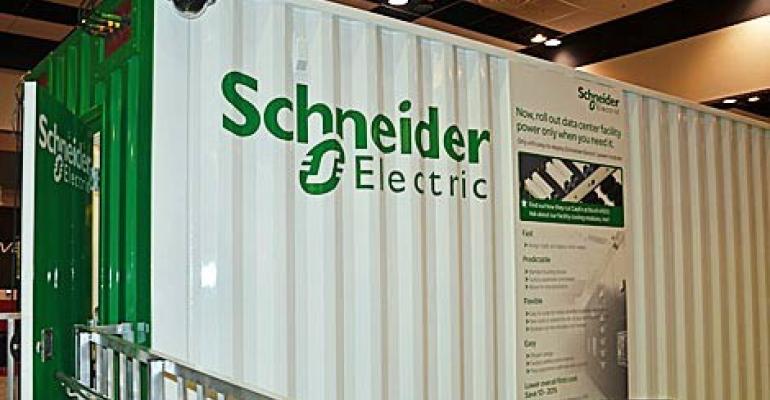 When creating your data center model, take the time to understand the different types of prefabricated modular data centers.

The modern data center has truly evolved. We have branch locations, complete systems for disaster recovery, and cloud platforms capable of handling large influxes of users. Similarly, the model of the data center has also evolved.

Data center systems or subsystems that are preassembled in a factory are often described as prefabricated, containerized, modular and skid-based, among others. There are, however, important distinctions between the various types of factory-built building blocks on the market.

This paper from Schneider Electric looks at standard terminology for categorizing the types of prefabricated modular data centers. It also defines and compares their key attributes, and provides a framework for choosing the best approach (or multiple approaches) based on business requirements.

The idea is to present a framework for classifying the different types of prefabricated modular data centers so that ambiguity is eliminated. The framework is based on three attributes:

Download this whitepaper today to learn about the various types of data center platforms - including fully fabricated, semi-fabricated, and even all-in-one data centers – and how all of this impacts power, cooling, container considerations, and more.

There are many approaches to implementing prefabricated modular data centers. However, a lack of standard terminology for describing them has made selecting the appropriate type difficult. The optimal configuration, including the right functional blocks and form factors, depends on the application and specific business requirements.

In some cases, a fully prefabricated data center is the best approach, and for others, a semi-prefabricated approach with a mix of prefabricated modules and traditional systems is best. Understanding the limitations and benefits of each form factor helps ensure the optimal approach is selected. Ultimately, business needs around speed of deployment, scalability, space constraints, capacity, and cash flow drive the decision.

Sponsored Content
Make the Most of Data Center Space without Oversizing
Aug 30, 2021