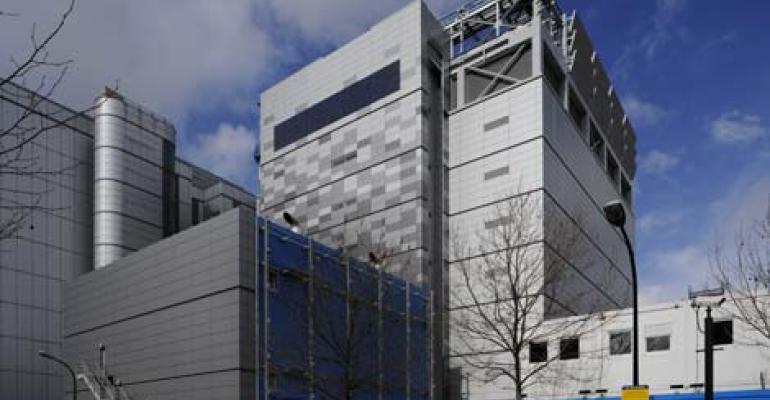 The exterior of Telehouse West data center at the Docklands in London, opened in 2010.
Colocation

Japan's KDDI pumps more money into the campus considered one of UK's most important telecommunication hubs.

Japanese telco KDDI is investing an additional £135 million (about $230 million) in the London Docklands data center campus of its subsidiary Telehouse to fund construction of the North Two facility.

KDDI continues to invest and expand outside of Japan. It has spent more than £272 million on the campus over the past 25 years, £172 million of which was invested over the last five years alone.

Telehouse Europe Managing Director Hiroyuki Soshi said, “We believe that as the Internet continues to develop at such a dramatic pace, the underlying infrastructure in the Docklands must stay ahead to meet the needs of the future.”

Investment from Japan in general has been critical to economic development in the UK. The country's secretary of state for business Vince Cable said Japan has been the second-largest investor in the UK during 2013 and 2014.

North Two will add about 250,000 square feet of floor space, bringing the site's overall footprint to about 770,500 square feet. It will be built next Telehouse North, one of the earliest purpose-built carrier neutral colocation data centers in Europe.

Telehouse said North Two is being created with the “New Internet” in mind, a term it uses to describe the shift from webpages to apps, smartphones and tablets, and hybrid infrastructure.

The company acquired a two-acre site near its Docklands campus to be used for expansion  in February 2013. North Two is in line with its proposal in documents posted from the Greater London Authority.

Telehouse’s Docklands data center campus houses a high proportion of telecommunications carriers. This inward investment gives the campus the chance to build on its reputation as the hub of the Internet in the UK, John Souter, CEO of London Internet Exchange (LINX), said. “What was once the most critical maritime port in the world is now one of the most connected places on earth.

The campus already facilitates the majority of LINX capacity, he continued, adding that Internet traffic will continue to grow, especially with the transition to 100G technology that is now underway.  "The vast majority of LINX's member-facing high capacity ports are in Telehouse. With such a huge proportion of all UK internet traffic flowing through LINX, this investment in the national critical infrastructure of the UK gives us great confidence.”

Cable welcomed investment by the Japanese ICT giant: “Britain’s economy is growing thanks to Japanese investment and in 2013-2014 they were the second-biggest investor into the UK starting over 100 new projects and creating 3,000 new jobs.”