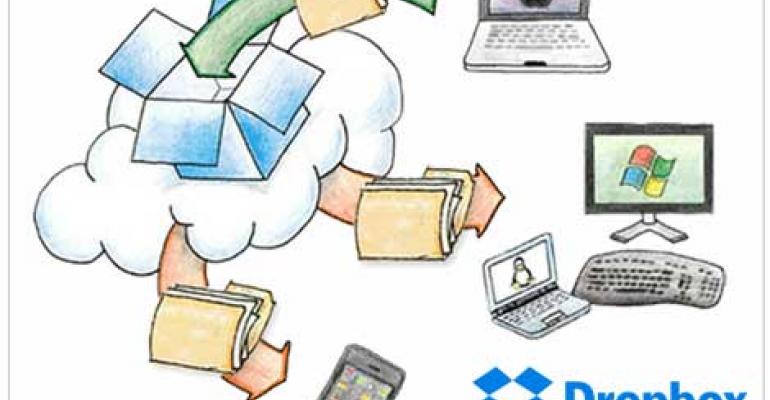 Dropbox touts over 300 million end users, but the online collaboration and storage company needs more paid accounts. They offset the plethora of free accounts and the operating expenses that come with running a massive infrastructure to support the service. The free accounts are a necessary evil that exposes first-time users to companies like Dropbox or competitor Box, which compete with giants like Google, which provides a lot of free cloud storage space to anybody.

Online storage is an expensive business to be in. We recently learned about the difficult balance companies in this business have to maintain between ensuring there is enough data center capacity to absorb demand and not overspending on infrastructure to avoid stranded capital from a pre-IPO filing by Box.

Dropbox must find compelling reasons for users to opt for the paid version of its online storage for business, and it is choosing to do this with premium features. Historically, online storage tiers were based on storage space, but actual storage itself is a commodity.

Dropbox is adding features at a fast clip as well as building complementary applications. Examples include Carousel, a photo-viewing and sharing app, and Mailbox, for friendly email on mobile devices.

About 80,000 businesses use Dropbox for Business today, according to the company's announcement. The business-oriented offering came out of beta last April. The highest tier of paid accounts costs $15 per user per month with a five-user minimum.

New additions include view-only permissions for shared folders. This means a file creator has better control over who edits that file. It’s adding password protection as well as links that can expire, which was the major hook for storage provider Drop.io prior to its acquisition by Facebook.

Business accounts will also eventually get the company’s full-text search functionality. “Over the next few months, we’ll also be making full-text search and Project Harmony available to teams through the early access program,” wrote Ilya Fushman, head of product, business and mobile at Dropbox.

The full-text search feature was built in-house, expanding capabilities beyond searching for file names only.

The mentioned Project Harmony is another major initiative. It’s intended to improve display and editing of Microsoft Office documents within Dropbox.

Office 365, the hosted version of Office, is growing at a fast clip. In the latest earnings call, Microsoft said it added a million subscribers during the quarter. Project Harmony and its Office editing and viewing capabilities grows in importance as cloud-based Office user base grows.

The company added two new APIs to assist developers in hooking into Dropbox with their own apps. The APIs tie into the new features, letting a developer’s app link to shared folders or document previews rather than basic file sharing integration.

To seek out more paid business usage, compliance is a logical next step. This will allow the company to target more compliance-conscious verticals like Healthcare with HIPAA.