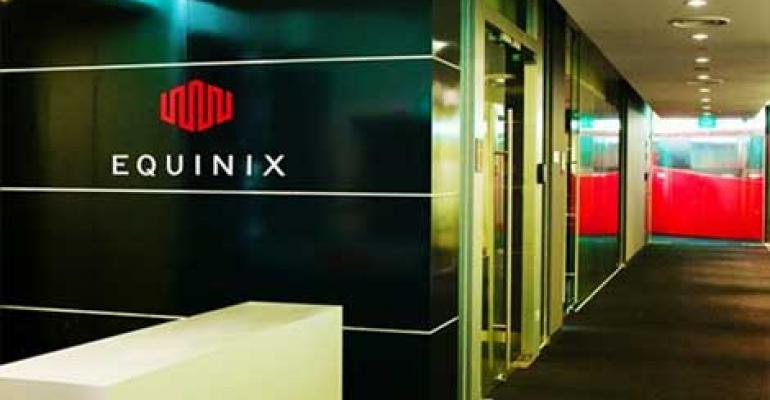 Equinix continues to dominate in all major colocation markets, except China, where local providers have a tight grip on the market (Photo: Equinix)
Cloud

Microsoft has added seven Equinix data centers to the list of locations from which customers can connect privately to its Azure cloud.

Five of the new locations are in the U.S. (Atlanta, Chicago, Dallas, New York and Seattle), and two are in Asia (Hong Kong and Singapore). This brings the total number of locations from which customers can connect directly to Microsoft data centers hosting Azure infrastructure to 10.

Benefits from such deals between cloud service providers and colocation companies are numerous.

They’re good for colo companies because their data centers become more attractive as points from where enterprises can connect to public clouds without going through the unsecure and unreliable public Internet. Public cloud providers benefit from having more access to colo companies’ customers and network carriers that provide connectivity services at their facilities.

Several other cloud and colocation providers have made similar deals, which aim primarily at tackling the opportunity in making public cloud more palatable for enterprises with strict security requirements and massive data repositories. Today, most users of Azure connect to the service using the Internet, and traditional enterprises use public cloud services sparingly. Equinix and other colo players also offer direct access to Azure’s largest competitor Amazon Web Services.

In April, Microsoft announced a plan to expand ExpressRoute (the name of the cloud connectivity service) to 16 Equinix data centers around the world. It started with deployment in three locations – Silicon Valley, Washington, D.C., and London – and this week’s announcement is a major step forward in executing that plan.

Microsoft has struck a similar deal with London-based data center provider TelecityGroup, which will eventually make private Azure links available in 37 data centers across Europe. At the moment, the service is only available in Telecity’s Amsterdam facilities, with a London location coming up.

Interxion, another European colocation giant, is planning to host direct connectivity points for both Azure and AWS in its data centers as well.

In addition to partnering with data center providers directly, cloud companies also partner with network carriers, which expand geographic reach of these services to many more locations.

“In the coming months, we will be able to onboard early adopter customers for these partners,” Ganesh Srinivasan, senior program manager for networking at Microsoft, wrote in a blog post announcing the new ExpressRoute locations and partnerships.

Microsoft expects availability of ExpressRoute in London via Level 3, Orange and Verizon in the near future. A SingTel service in Singapore is also coming soon, according to Microsoft.