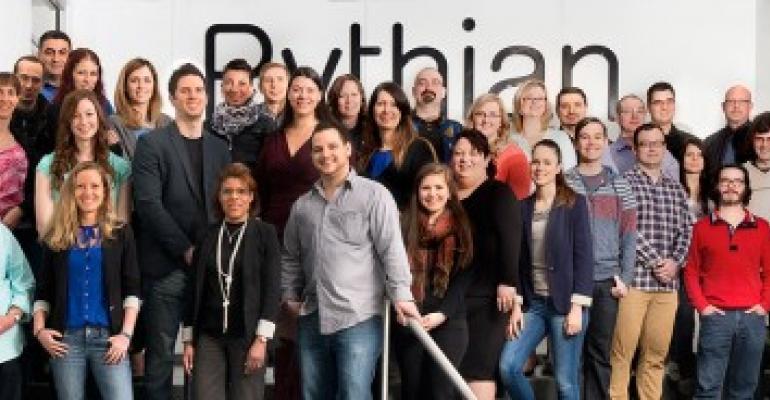 A shot of some of the Pythian team. Paul Vallee is front row, second from the right (source: Pythian website)
Business>Deals

Pythian Buys Blackbird.io to Get a Piece of the DevOps Action

Consulting and managed services company Pythian has made its first acquisition since its founding in 1997: Blackbird.io, formerly PalominoDB and DriveDev, a DevOps and data managed services provider. While the undisclosed price tag reportedly isn’t a huge one by tech standards, founder and executive chairman Paul Vallee says it’s huge in terms of the magnitude of the shift he is seeing in DevOps.

The acquisition is part of Pythian’s strategy to leverage the rapid increase in demand for agile development, operations and technology delivered as a service. DevOps stresses communication between software developers and IT operations. It's a combination of the two into a role that encompasses both.

Pythian does well with companies where cost of operations is really low compared to the revenue opportunity. Vallee has a long track record of identifying needs and capitalizing on market shifts, and he sees DevOps as the biggest game changer.

Blackbird.io was acquired for Pythian to embrace DevOps capabilities that customers are now demanding. “Production and operations expertise is moving into R&D organizations,” said Vallee. “Traditional outsourcing will be challenged by DevOps.” Blackbird.io was doing DevOps as part of the DriveDev business.

Pythian is one of those great tech stories that start off with a kid in a dorm room messing around with a Unix cluster for fun. When that kid turned 25 in 1997, after some years working in the industry, he decided to start a company called Pythian. Its first target market was New York, but it has expanded globally. Pythian is now a global provider of data management consulting and services over 300 strong that employs top infrastructure talent like Oracle Aces and Math PhDs in its data science group. The company has never grown through acquisition, according to Vallee, but Blackbird.io was too attractive a proposition.

As a result of the acquisition, Pythian will become one of the largest, if not the largest, open source database managed services company. This means it’s one of the only independent vendors without its own distribution with the professional service capability at the top of the list.

“Traditional outsourcing models no longer apply,” said Vallee. “DevOps is going to change things very quickly. The day I announced the deal, a multi-million dollar customer called me up and said he’s investing heavily in DevOps. This demand was latent, invisible, until we actually did it. The second we made this announcement, a major sports equipment retailer reached out and asked for a briefing. “

Vallee’s remarkably candid about the initial rationale for looking at Blackbird.io. “About six months ago, one of my prouder customers left our services in favor of [Blackbird.io]. I dug deeper and discovered that they were paying twice as much than we were charging. What were they doing differently? Turns out it was DevOps. We were perceived as misaligned.” Pythian doesn't want to fight the tide with legacy-style business, but rather embrace the change that Vallee says will challenge traditional outsourced models.

"Today, the average large customer has hundreds of systems and they’re kind of random," said Vallee. "The SaaS industry started with this DevOps idea. Netflix is the same app on 500 or 5,000 or however many machines.  Our verticals, retail and SaaS, are way more interested than healthcare and financial services at the moment. We need to be enablers for our customers to execute on our strategies. DevOps wasn’t strategic two years ago. Now it is.”

"The acquisition is transformative," he continued. "DevOps is about moving deeper into Platform-as-a-Service, Infrastructure-as-a-service and building in top operations expertise early in the development cycle and part of your architecture. The quantity of people are fewer, and they’re now about the automation stacks. This transforms my entire industry.