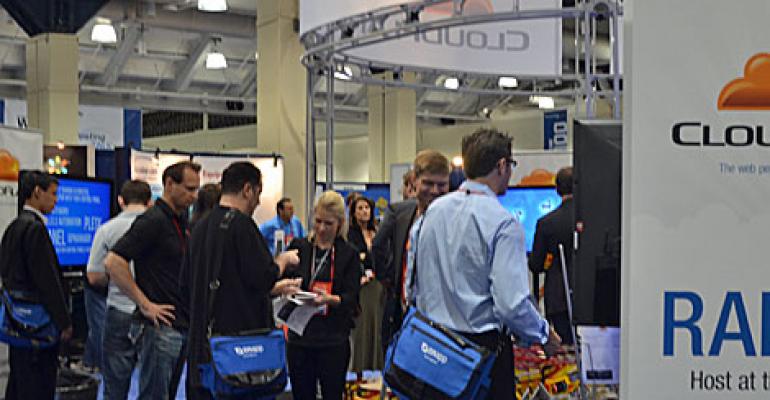 Content delivery network company CloudFlare said earlier that 2014 was going to be the year of data center expansion, and it wasn’t kidding. The company is doubling its footprint in Equinix data centers to keep up with a growing customer base and web traffic passing through its network, which has seen a 400 percent increase in the last year alone. It now processes more than 300 billion page views every month for more than 1.5 million customers worldwide.

CloudFlare provides a blend of DDoS mitigation, web acceleration and CDN services. It’s popular in part because its tools are easy to use.

The company announced it was planning a significant expansion in the beginning of the year, adding facilities where it believes it lacks coverage. Leveraging Equinix’s global footprint, CloudFlare can also more effectively absorb and disperse massive volumes of web traffic associated with DDoS attacks to better ensure uptime.

“What they’re doing is leveraging a combo of physical facilities in lots of geographic locations, the interconnection platform and the ecosystems we’ve built,” said Nikesh Kalra, of Global Cloud Services at Equinix. "In terms of the network ecosystem, one of the statistics we tout is we have 975-plus carriers. That’s important to a company like CloudFlare, because they need the maximum amount of end users. For them to get max exposure and include value to the service, they get into peering arrangements and interconnection arrangements."

A lot of what CloudFlare distributes is web content, and they also need to be close to distributors of that content, such as large entertainment, bloggers, etc. “We house a lot of infrastructure that hosts or originates that content, allowing for better interconnection and lower latency,” said Kalra.

CloudFlare has been an Equinix customer since around 2010, starting with three markets: Chicago, Silicon Valley and Washington, DC. Since then it has grown substantially, now in 15 markets worldwide. Upon initial deployment, 20 percent of the world’s population was located 10 milliseconds from the nearest CloudFlare data center. After this expansion it covers 95 percent of the world’ population, leveraging Equinix locations in North America, Asia and Europe.

Equinix markets and sells according to different verticals. The cloud and IT vertical is the largest revenue producer for the company for the first time ever this year, according to Kalra.

“This is noteworthy because we were historically based around the network vertical,” he said. “All the networks we have create ecosystems. Cloud networks surpassing other verticals in revenue this year for the first time indicates how strong the market for cloud is."

CloudFlare said 2013 was its “refactoring” year, updating its architecture  and upgrading existing facilities through added equipment and network redundancy. The server infrastructure was upgraded from a 1Gbps platform to a 10 Gbps platform. The entire DNS infrastructure was rebuilt from scratch. It created a new, fully customizable, rules-based Web Application Firewall (WAF) to augment its original heuristics-based WAF.

Now it is the year of data center expansion. “Equinix has been a key partner to us every step of the way," said Joshua Motta, director of special projects, CloudFlare. "No other company would have been able to help us scale as quickly as Equinix did on a global level. Becoming a part of the greater content delivery network ecosystem through Equinix and taking advantage of its platform and connectivity options, enables us to better serve our existing customers and grow our business within new geographies and industries.”