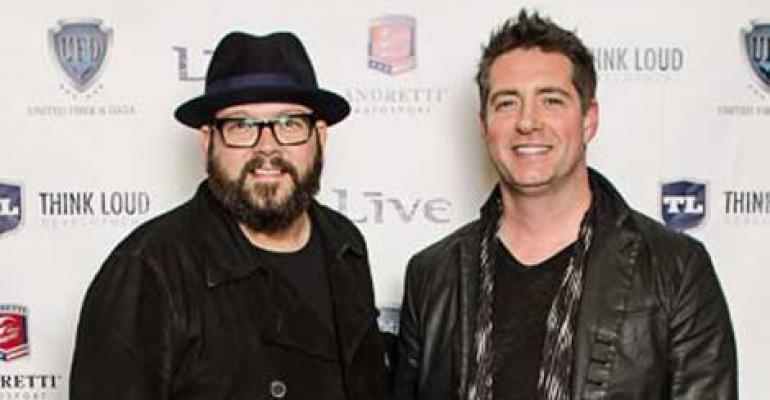 Members of the 90s rock band Live decided data was the new punk rock and started Think Loud, a project to build data centers in four Pennsylvania cities, as well as a fiber line from New York to Northern Virginia. It’s been relatively quiet since the initial announcement, but new funding suggests the project is still very much alive and well.

Update: CEO Bill Hynes told DCK about project progress. "Our project regardless of the 5 million grant was still on schedule and being built," said Bill Hynes, CEO & Founder. "We have over 18 miles of fiber laid in NYC and we are currently laying fiber in NJ. The NYC fiber should be lit within two weeks. United Fiber & Data plans to break ground on two data centers this year as well. One in York, PA and another in Reading PA, our company is truly Uniting Fiber & Data"

Think Loud Development has been given a $5 million state grant to be used for construction of a data center and office building that will house Think Loud's headquarters. The organization had originally applied for $10 million.  The grant comes from the state’s Redevelopment Assistance Capital Program, which views Think Loud as having potential to create nearly 700 jobs in addition to boosting infrastructure in the area. Think Loud is about giving back to its home state and is an example of broadening investor interest in the data center business.

"Economic growth initiatives are energizing local economies around our state," said Pennsylvania Governor Tom Corbett. "Think Loud saw the promise that its involvement in downtown York could bring to revitalizing the community. This project will serve as a technology hub and bring good-paying jobs back to the downtown."

The money will be used to renovate an old printing warehouse into a 54,000 square foot office building on a portion of the company's "multiple, contiguous parcels of land" near Santander Stadium. Think Loud purchased a bunch of old houses that it plans to demolish.

This will be the flagship offices of Think Loud Development and United Fiber and Data, the latter overseeing the planned data centers. The initial plan was to bring a data center to York with three others to follow. Construction began in 2012 on a $16.8 million dollar project at 210 York Street, but appears to have stalled out while Think Loud waited on the grant. The grant will let them finish the project.

Next up will be a 40,000 square foot data center at an expected cost of $30 million, according to the York dispatch.

“You might call data the new punk rock,” said Live guitarist Chad Taylor, speaking at the original launch event at the Strand-Capitol Performing Arts Center in York. “”The company, like our band, would have to give voices to the masses.”

Also in Think Loud and United Fiber and Data’s plans is a major fiber line. From New York, the fiber line bypasses the traditional interstate 95 route taken by most major networks, instead traveling west through New Jersey. The four data centers were planned for Allentown, Reading, Lancaster and York, along the fiber line route. The data centers are expected to be around 20,000 square feet each.

In eastern Pennsylvania, iNetU has built a cluster of data centers in the Lehigh Valley. A state-backed initiative known as Wall Street West sought to establish the region as a hub for disaster recovery services for financial firms with limited results. The primary success of the effort was a facility built by DBSi, which is now part of Xand.