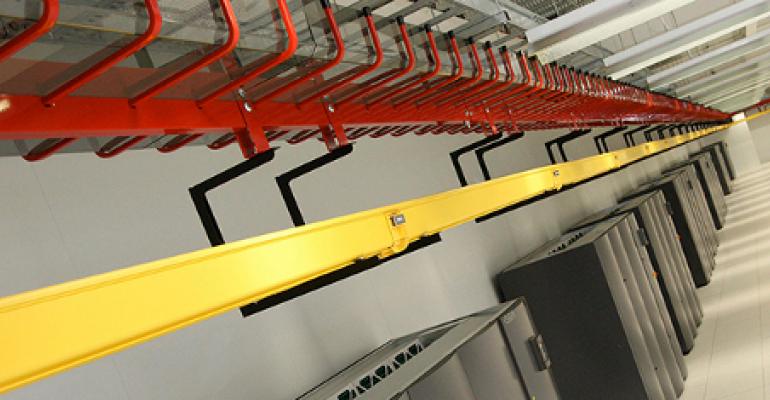 Inside one of the Equinix data centers in London. (Photo: Equinix)
Cloud

DigitalOcean Expands into London With Equinix

Cloud provider DigitalOcean has expanded to an Equinix data center in London. The company says this is just the beginning of a larger worldwide expansion. Fresh after a funding round, the company is gearing up to bring its easy-to-use cloud for developers everywhere.

DigitalOcean has been growing rapidly. In 2013, Netcraft noticed it was growing at an impressive clip despite it being a fairly late entrant into the cloud provider game.  The high adoption rates are often contributed the the user-friendly nature of its cloud.

"Our mission is to simplify the complexity of cloud infrastructure for developers and user experience is number-one on the priority list," said Mitch Wainer, co-founder and chief marketing officer at DigitalOcean. "AWS wants to offer anything and everything under the sun, but you can see they don’t prioritize user experience. We make it easy to use and easy understand how much you’ll spend a month."

This is the company's third location in Europe. It has two data centers in the Amsterdam market with TeleCity Group.

Wainer said London was the next stop for DigitalOcean because it’s been a heavily requested region by customers. “The UK is going through a tech renaissance, and we want provide startups with the infrastructure to grow.”

Another reason for the location is the increasing need to host data within coutry borders. The London data center gives UK developers a native location to service their customers.

The European Union's Data Privacy Directive currently makes it difficult for data to be moved outside of the region. This is an issue that will keep coming up as the company grows its geographic reach.

Wainer said DigitalOcean is also currently looking to expand into other countries, such as Canada, which has similar laws and regulations when it comes to data. “It’s going to be interesting to see what the adoption rate is in these new regions that prohibit storing data [on foreign territory]."

The recent funding round gives the company enough cash to invest in expansion, Wainer said. “I’m happy to say, as of recent, we’ve secured a massive amount of credit to help us secure enough capacity for the future without limitations, driven by demand.”

The company recently announced the launch of a Singapore data center, its first location in Asia.

LON1 will be running the latest version of the company’s backend codebase, allowing for IPv6 support on all “Droplets” – the company’s branded term for cloud servers. The new codebase provides a number of benefits, including actions that can be initiated without needing to power off a Droplet (e.g. snapshots and enabling/disabling networking services), as well as a more reliable backup service architecture overall.

IPv6 can also be added to existing Droplets without rebooting. DigitalOcean will be mandating IPv6 support as the standard for all locations moving forward.

"With this expansion, we’re using Equinix again, who have been a great partner,” said Wainer. “We feel very comfortable using them, and we’ve used them for years.”

Equinix was home to the company’s first data center in New Jersey. DigitalOcean also takes space at a Telx data center within the Google-owned carrier hotel at 111 8t Avenue in New York City.