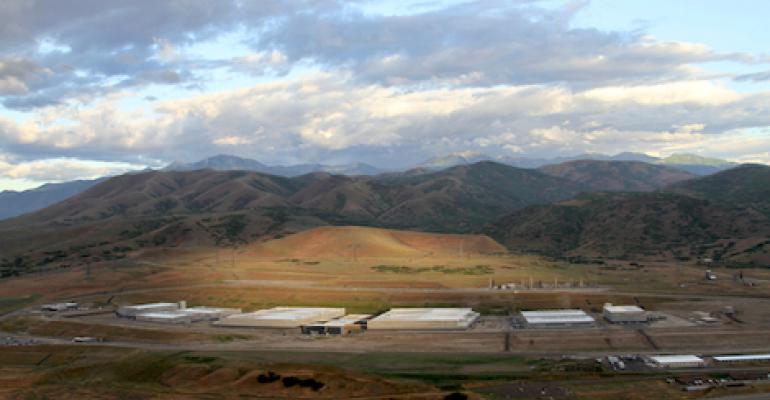 Photo taken from the Greenpeace blimp that flew over the data center in protest of mass data collection by the NSA.

Hoping to help support conversations about the U.S. National Security Agency, activist organization Electronic Frontier Foundation has released an aerial shot of the NSA's newest data center in Bluffdale, Utah, into the public domain, which means anybody can use it for any purpose.

The photo was taken from Greenpeace's massive blimp that flew over the data center site to protest the NSA's overzealous data collection from electronic communication networks last month. The protest action was organized by Greenpeace, EFF and the Tenth Amendment Center, a California think tank that advocates for reducing the power of the federal government to give more power to the states.

The EFF's position is that the NSA's approach of collecting as much data as it possibly can, which pushes it to build its massive data centers around the country, is misguided, simploy creating "ever-larger haystacks in pursuit of needles," EFF activist Parker Higgins wrote in a blog post.

The $1.5 billion Utah data center was completed only recently, and the agency is already building another $860 million data center in Maryland. 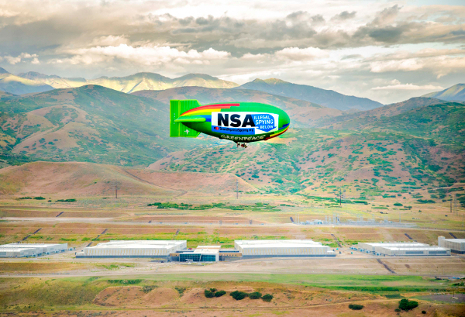 First Look Media has a collection of stunning aerial shots of several NSA facilities around the country.