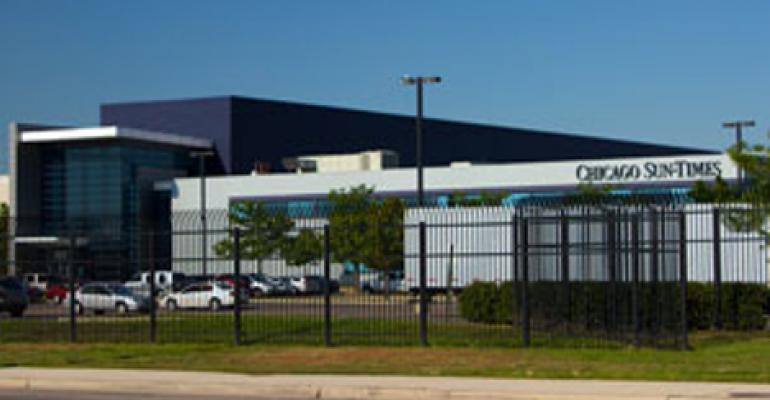 Developer closes another deal that supports its strategy of buying massive properties at a discount.

QTS Realty Trust has closed the acquisition of a massive building in Chicago that used to house a Sun-Times newspaper printing plant. This is the data center developer’s first property in the Chicago market.

The deal falls nicely within the company’s strategy of buying massive properties with robust infrastructure at a discount to convert them into data centers. QTS paid about $18 million for the 317,000 square foot building that sits on 30 acres of land.

Announcement of the deal comes one week after the company announced another major property acquisition. It bought a McGraw Hill Financial data center in East Windsor, New Jersey, for $75 million.

Plans to expand capacity to 37 MW

Because prior owners of the facility have already made substantial investment in infrastructure, QTS expects to redevelop it at “below market rates.”

A report that the company was in talks to buy the former Chicago Sun-Times plant surfaced in May. It has attracted interest as a potential data center site from developers since at least 2013, when Madison Partners and JDI Realty were reportedly looking to buy it.

QTS went public as a real estate investment trust in October 2013. Its SEC filing that year indicated that it had plans to invest up to $277 million in adding more than 300,000 square feet of data center space – most of it in its massive facilities in Dallas and Richmond, Virginia.

The Richmond property was another example of the developer’s buy-big-buy-cheap expansion strategy. It bought the 1.3 million square foot Qimonda fab plant and a massive adjacent property for $12 million because the owner had gone bankrupt.

The 700,000 square foot Dallas facility was also a former semiconductor manufacturing plant, but the company has not disclosed how much it paid when it bought it in 2013.

In a statement on the Chicago deal, QTS CEO Chad Williams said, “This acquisition strongly supports our growth philosophy.”

A different play in New Jersey

These deals and the most recent Chicago acquisition are different from the McGraw Hill data center purchase announced earlier this month. The building in New Jersey is a fully-fledged data center, and the publishing and financial services giant will continue using it as a tenant.

QTS also entered into a partnership with French IT outsourcing company Atos, which will provide its services to McGraw Hill, while QTS will act as the data center provider.

The developer does plan to expand the building from its current capacity of 12 megawatts to 20 megawatts.