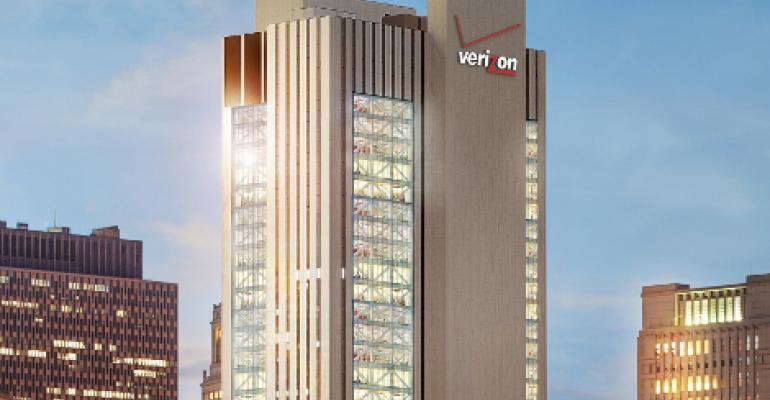 The 32-story Intergate.Manhattan will be the eighth data center in the New York metro to host a Point of Presence for DE-CIX, which has been aggressively expanding its footprint in the market since it entered it in September 2013. This is the first venture into the U.S. for the German company, which in addition to Frankfurt and New York operates exchanges in Munich, Hamburg and Dubai.

The New York and New Jersey market is one of the world’s most important network interconnection hubs, along with markets like London, Frankfurt, Singapore and the Silicon Valley.

European Internet exchange operators have been expanding into the U.S. in parallel with establishment of Open-IX, an organization that endorses exchanges and data centers that satisfy its standards. Its mission is to encourage more competition and diversity in the U.S. exchange market, currently dominated by the likes of Equinix and Telx.

DE-CIX is not the first European operator to get into Intergate.Manhattan. AMS-IX (its competitor in Amsterdam) announced a PoP there in April.

DE-CIX will use Sabey’s connectivity services to plug into Manhattan’s most important carrier hotels at 111 Eight Avenue (owned by Google) and 60 Hudson Street, both of which are also its Internet exchange point locations. Sabey will also be a DE-CIX customer, using its peering services and Layer 2 connectivity to other New York data centers.

Frank Orlowski, chief marketing officer for DE-CIX, said the company was committed to growing its New York exchange to be one of the world’s five largest.

“Expanding to Sabey’s Intergate.Manhattan facility is part of our effort to establish a DE-CIX presence in every relevant data center and carrier hotel in this metro,” he said. “DE-CIX New York is just a cross-connect away from 99 percent of the providers in this metro market.”

The operator’s first customer in New York was Akamai, which signed up to use its exchange at 111 8th Avenue in May. Its other New York City Internet exchange point locations (in addition to 60 Hudson) are at 32 Avenue of the Americas and 85 10th Avenue.

Transformation of the Verizon building

Seattle-based Sabey bought its 1 million square foot skyscraper, known as the “Verizon building,” in 2011 for $120 million. The company has been upgrading the building’s infrastructure and installing floor-to-ceiling windows in some portions designated for office space.

The company’s president John Sabey told us in May that about 150,000 square feet of data center space had been built out. Its data center tenants include service providers Windstream and Datagram.

In addition to data center and office use, the developer is marketing the property to life sciences companies.