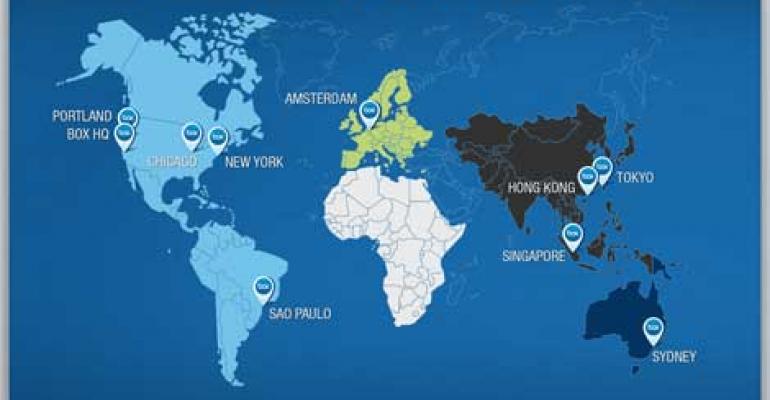 Fighting the tough cloud-storage fight, the provider has grown revenue, but its losses have grown too.

Cloud storage provider Box raised $150 million from TPG and hedge fund Coatue Management, according to a report by the Wall Street Journal. Box was revving up for an initial public offering in April but decided to push those plans back because of an unfriendly market for cloud companies.

Its S-1, filed ahead of the potential IPO, revealed it had a net loss of $168 million last year. The company's previous funding round, in November of last year, was $100 million at a $2 billion valuation. It now has a $2.4 billion valuation.

Despite Box being one of the growing and one of the better-known players in the cloud storage space, which also includes similarly named Dropbox, the online storage business it is in is rough and capital-intensive. The S-1 revelations are not unlike those of Carbonite (another player in the space) when it went public.

Box's operational expenses and advertising budget were astronomical in relation to revenue in its S-1. It updated its S-1 however to show sales, and there are positive signs. Revenue was up 94 percent in the first quarter for 2014 compared to Q1 2012, up to $45 million from $23 million. Still, there was a loss of $38 million on the quarter compared to $34 million in Q1 the year prior.

The company has raised a staggering half billion to date across a dozen or so rounds, including angel funding from Mark “I own a ton of stuff including a basketball team” Cuban. Other notable investors include Salesforce.com, which has built a SaaS empire, and several well known venture capital firms.

Only storage is a tough market that has seen many large players like AOL and Yahoo shut down online storage operations in the past (about five years ago) because of struggles with profitability. There are several free options offering more storage than most consumers need, which makes it hard to get customers to pay.

However, Box touts 8 million users and along with investors sees a lot of potential, not only in expanding the user base but better monetization of the product in general.

Despite a few big-name online storage closures, companies like Box, Dropbox and Drop.io (acquired by Facebook several years ago) arose alongside the cloud revolution, adding value and differentiation from the plain old online storage offerings, including collaboration capabilities and business-continuity-type features.

“The lines between storage and collaboration are becoming increasingly blurred," said Philbert Shih, managing director of Structure Research. "This along with the continued growth in web-based data and content has caused a spike in demand for these services. It should come as no surprise that providers are keen to pursue this opportunity and are investing heavily as they compete on features and functionality and build out their data center footprints.”

Box’s latest enhancement include a note-taking feature on mobile devices and technology it got a hold of through acquisition of a company called Steem, which brought a filesystem that allows people to access files and view them without needing to download copies onto their devices and an on-the-fly video transcoder.

Business plan rather than potential

Companies like Box and Dropbox fought the tide. Box recognized the enterprise as an opportunity and began adding features to attract the sector.

Several companies have received astronomical evaluations based on user numbers rather than revenue. Facebook, Twitter, Box, Dropbox, Instagram and other cloudy companies have all been evaluated based on potential rather than actual revenue at one point or another.

Box has a business plan (whereas Instagram didn't necessarily have a clear one when it was acquired) and its success depends on differentiating in a crowded market, raising average revenue per user and continuing to evolve into new and complimentary functionality.