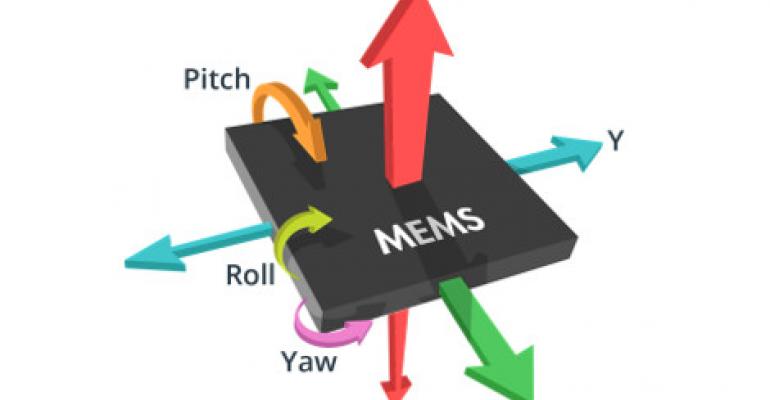 Startup claims it has the world's smallest MEMS motion sensors

Silicon Valley-based maker of small motion sensors for the Internet of Things mCube has raised $37 million in a series C funding round to accelerate and expand its monolithic, single-chip design approach that the company says is simple to manufacture and easy to design into a wide range of products.

Building microelectromechanical systems (MEMS) as small as sand, the company says that it helps enable an "Internet of Moving Things," where the movement and context of everyday objects and devices can be measured, monitored and analyzed, generating data and insights that will change consumer experiences.

“mCube is well positioned with the world’s smallest MEMS motion sensors to enable this high-growth new market we refer to as the Internet of Moving Things,” said Ben Lee, president and CEO of mCube. “Virtually anything in motion can benefit from mCube’s high-performance and low-power sensors.”

The company also produces magnetic sensors and the iGyro, a 9 Degrees of Freedom software-based gyroscope.

Other existing investors that took part in the round include MediaTek, iD Ventures America and DAG Ventures. New investors include Keytone Ventures, SK Telecom (China) Ventures and Korea Investment Partners.

mCube believes the market for moving things is a huge opportunity, and with the funding round it can expand further in the markets for consumer, mobile and wearables, in such areas as 3D gaming on smartphones and tablets, smart watches, automotive or commercial trucking, shipping and sensor tags used in monitoring farm animals.

The chips are small in size, power consumption, and cost -- prices range from 30 to 70 cents per chip. The company says its MEMS design represents the next generation of sensors – very small, single-chip MEMS+ASIC devices that are cost effective, consume low power but provide high performance.

“It’s rare for a new MEMS supplier to ramp to high volume quickly as MEMS are typically very complex and hard to manufacture,” said Tony Massimini, CTO for Semico Research. “It’s especially impressive for mCube to ship 60 million units within 2.5 years of product launch. With a proven design that is ground-breaking in terms of its small size, 'manufacturability' and high level of integration, mCube will be an important company to watch in MEMS.”