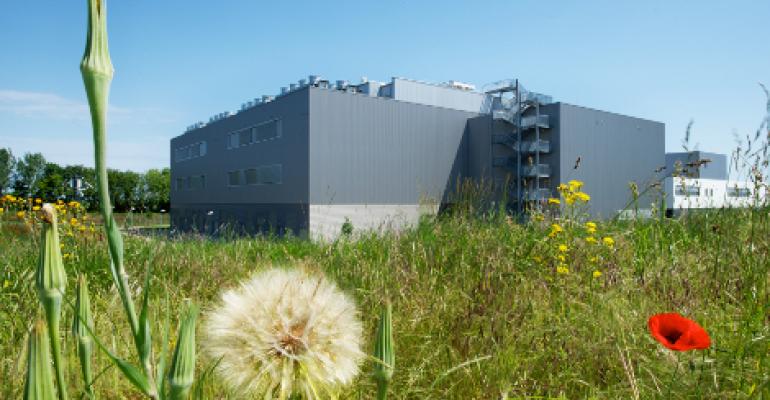 T-Systems, the IT services arm of Deutsche Telekom AG, has opened a large data center in Biere, Germany, pitching it as a facility for customers concerned with keeping their data within the country’s borders.

Germany has been one of the multiple epicenters of the Snowden scandal, since some of the documents the whistleblower leaked to the press showed that the NSA had been tapping German Chancellor Angela Merkel’s cellphone.

Eroding trust in U.S.-based service providers that resulted from the revelations has already effected some real business damage. The German government announced late last month that it would end a contract with Verizon because it was worried the company could be helping U.S. intelligence agencies listen in on its communications, the Associated Press reported.

Both T-Systems and its parent company Deutsche Telekom benefit from customers’ distrust in their U.S. competitors, such as Verizon. The German company’s messaging around the new data center couldn’t be clearer.

“We are investing in Germany as a center of IT business because German data protection standards are highly valued,” Deutsche Telekom CEO Tim Höttges said in a statement. “Our customers now have a ‘High-Tech Fort Knox’ from a cloud provider they trust fully.”

An August 2013 report by the German magazine Der Spiegel, however, makes the story not as clear-cut as it may seem at first. Citing certain documents from the Snowden collection, the report said German foreign intelligence agency Bundesnachrichtendienst had been actively cooperating with U.S. intelligence, passing on metadata collected from German telecommunication networks.

In addition to the new facility in Biere, T-Systems has built a “twin site” in nearby Magdeburg. The data centers will work in tandem, replicating data across the two locations for high availability. 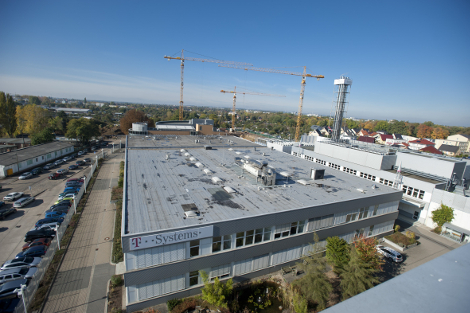 Together, the two data centers currently have capacity to support about 30,000 servers, the company said. Current total data center floor space measures about 60,000 square feet, but the sites are expandable up to a total of about 430,000 square feet.

Deutsche Telekom also announced a deal with Salesforce, whereby T-Systems will become a reseller of the company's customer relations management products in Germany, Switzerland and Austria. The CRM provider will also take space at one of the provider's data centers in Germany in the near future.

The companies plan to eventually expand the partnership to cover more countries in the Europe, Middle East and Africa region.