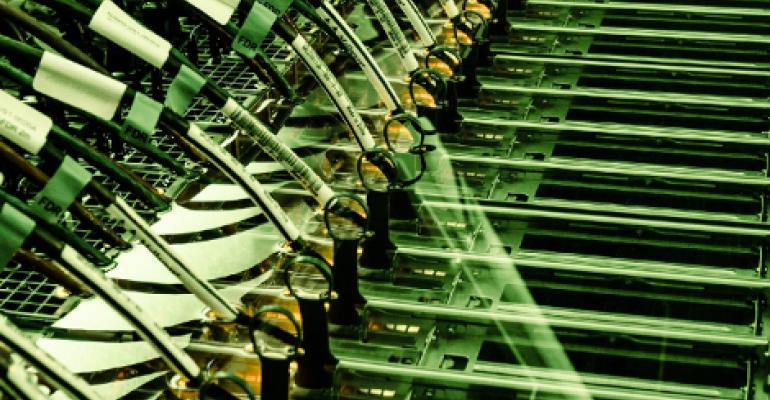 Using submerged cooling system by Green Revolution Cooling, the supercomputer is 20 percent more efficient than Kambridge's Wilkes, which came in second on the newest Green500 list

After the most powerful supercomputers in the world were pronounced last week at the International Supercomputing Conference, the Green500 published its semi-annual list of the world’s most energy-efficient supercomputers, with Tokyo's Tsubame-KFC immersion-cooled system remaining at the number-one spot.

Relying on the liquid cooling system from Green Revolution Cooling, which submerges electronics in dielectric oil for most efficient heat transfer, the Tsubame-KFC supercomputer is also still the only system above the 4,000 MFLOPS/watt mark. The Green500 list ranks according to the millions of floating point operations per second per watt, or MFLOPS/watt.

Like the June 2014 edition of the Top500 most powerful supercomputers, the top 10 supercomputers on the most recent Green500 remained mostly unchanged as well. The list shows an increasing trend of heterogeneous supercomputing systems at the top. The top 17 spots on the list are heterogeneous systems containing two or more types of traditional CPUs, GPUs and co-processors.

The Tsubame-KFC supercomputer uses 1U 4x GPU SuperServer systems and operates with high energy efficiency by submerging the SuperServer nodes in a CarnoJet cooling enclosure from Green Revolution. The insulated oil absorbs the heat from the compute nodes and transfers it into water loops via heat exchangers, with the warm water finally releasing the heat into the air via a cooling tower.

Green500 asserts that if Tsubame-KFC’s energy efficiency could be scaled linearly to an exaflop supercomputing system (1 trillion floating-point operations per second), such a system would consume on the order of 225 megawatts of power.

While NVIDIA has the next generation of Intel's Xeon Phi (Knights Landing) to worry about next year, it has it's own plans to improve efficiency, with the help of GPU-assisted 64-bit ARM SoCs for supercomputer workloads. NVIDIA's Sumit Gupta notes that "future GPU accelerators achieve new levels of energy-efficient performance, and with the introduction of new, more efficient processor architectures for HPC, like ARM64, we expect to continue the steady advance to exascale."

Green and powerful is a tall order

Illustrating how challenging it is to build a supercomputer that is both powerful and energy efficient, only one of the Top500 most powerful supercomputers, the Piz Daint at number six on the Top500, made it in the top 10 (number four) of the Green500 list.