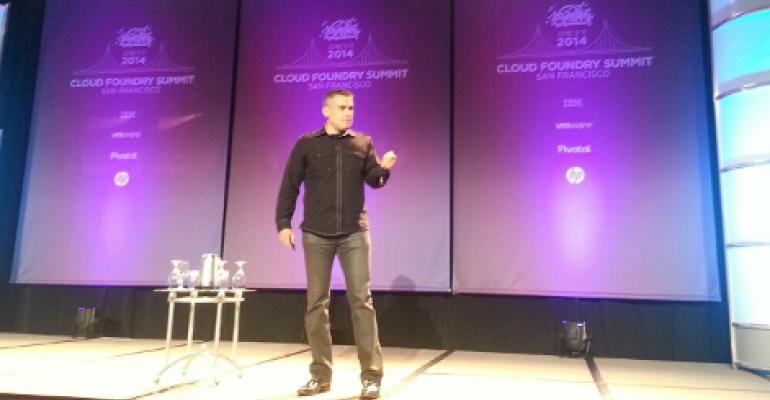 Riding on the strength of its middleware portfolio, IBM pulls out all the stops on Cloud Foundry-based PaaS

IBM's Platform-as-a-Service offering Bluemix has entered general availability after what the company says was a strong beta period.

Part of IBM’s billion-dollar cloud push, Bluemix is based on Cloud Foundry, the open source PaaS spearheaded by EMC- and VMware-owned pseudo-startup Pivotal. According to IBM, its PaaS is already one of the largest Cloud Foundry deployments.

The PaaS flavor offered by the likes of IBM, Pivotal and a few others differs from the well-established offerings from top cloud PaaS providers, such as Salesforce's Heroku, Google's App Engine or Microsoft's Azure, in that they are aimed squarely at the enterprise developer. There is a trend among vendors to enable enterprise developers to build and deploy applications and features quickly the way Google's and Facebook's of this world do, using the agile iterative development process, and PaaS is a way to abstract the infrastructure layer from the developer so they don't have to worry about the underlying resources when coding.

Big Blue positions its PaaS as one with advantages only it can offer, primarily its array of middleware. But it has also been adding features beyond that, both on its own and through its partner ecosystem.

As part of the general-availability release, IBM added "gamification" services to the platform. Developers build systems of engagement for users that offer game-like incentives.

Such systems look to simulate feelings like those of leveling up in a role playing game when users complete parts of their profiles or complete certain tasks. It's a way to attract users to an application and to keep them using it.

Other new features include:

Gary Barrett, an Ovum Research analyst, said Bluemix was part of a transformation of IBM's cloud play, where breadth of technology the company and its partners could offer played a major role. "If IBM continues to enhance the platform and can bring on enough partners, Bluemix could transform the Platform-as-a-Service market," he said.