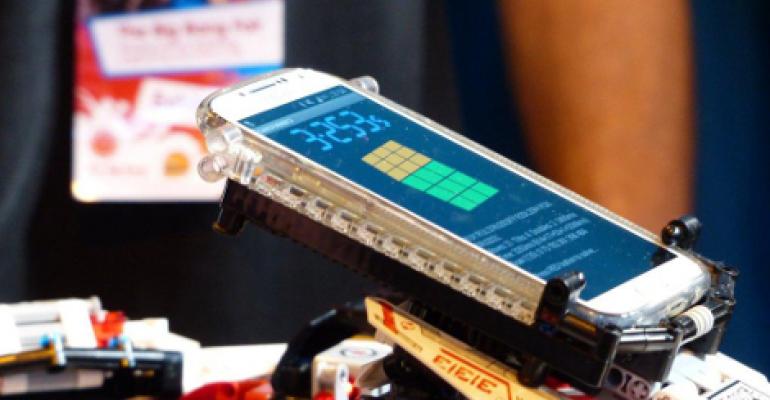 The government of Russia is investing in development of processors based on the ARM architecture with the goal of replacing chips by American companies Intel and AMD in government IT systems.

Chips built using technology licensed from UK’s ARM Holdings power most of the world’s smartphones. There is also a number of companies building ARM processors for servers.

By licensing its architecture, ARM has lowered the extremely high barrier of entry into the processor market for newcomer companies, and now apparently also for governments that want to reduce their reliance on American technology.

The chip, codenamed “Baikal,” will be made by a subsidiary of the Russian supercomputer maker T-Platforms using 28-nanometer process technology, Russian newspaper Kommersant (in Russian) reported, citing documents of the Russian Ministry of Industry and Trade (Minpromtorg).

The development project is supported by Rostec, a non-profit government organization pushing development of the country’s high-tech industry. One of the investors is Rusnano, a government-owned company tasked with commercializing nanotechnology.

Baikal will be based on the 64-bit Cortex A-57 core, licensed from UK’s ARM Holdings. Minpromtorg plans to have an eight-core chip ready by the beginning of 2015 and a 16-core product, using 16nm process technology, by the end of 2016.

T-Nano, the T-Platforms subsidiary developing the chip, has received 1.2 billion rubles (about $35.6 million) from Rusnano, according to Kommersant, although it was not disclosed what portion of that sum will be used for Baikal, named after Lake Baikal in Siberia, considered the world’s deepest lake and greatest by volume.

A Rostec subsidiary is planning to build Baikal-based network switches, routers and computers. Other Russian companies, including Depo Computers, Kraftway and Aquarius, have reportedly expressed interest in the upcoming chip.

Baikal will be supplied to government departments and agencies and government-owned companies. Citing Minpromtorg, Kommersant said the size of the Russian government hardware market was $3.5 billion.

Last year the U.S. government added T-Platforms to the list of entities “acting contrary to the national security or foreign policy interests of the United States.” Companies on this list cannot buy American-made components or any products made using American technology.

Later that year, however, the company was taken off the list. Government records indicate that T-Platforms’ name was removed following the company’s request to do so and review of the information it provided.

The firm ended up on the list because the U.S. Department of Commerce suspected it took part in development of computer systems for military end-users and production of computers for nuclear research, among other reasons.

The sanctions did a lot of damage to T-Platforms. “The company was forced to suspend purchases of components, materials and semiconductors,” it said in a statement. “Sanctions greatly affected production and sales numbers, and the pace of new system development.”

An anonymous industry source told Kommersant that 28nm technology, used by the likes of Qualcomm, Samsung and Altera to build smartphone chips, does not exist in Russia at the moment.