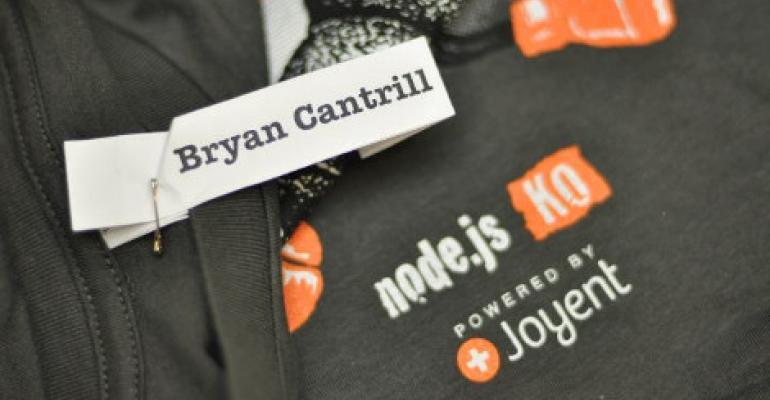 Joyent is releasing its time-tested private and hybrid cloud management platform SmartDataCenter 7, which the company believes has a big edge over OpenStack as a way to build cloud for enterprise.

SmartDataCenter has been running at scale for years as the backbone of San Francisco-based Joyent’s cloud, and now others can use the same to build their own cloud infrastructure. It’s centered around lightweight, container-based virtualization for portability and is targeted at startups as well as enterprises.

The software works on any hardware. "Our important thesis is that private cloud should pretty much reflect public cloud economics," said Joyent CTO Bryan Cantrill. "It must build on scale-out commodity hardware. There's nothing necessary, other than customers can dial up the balance as appropriate."

Evolving to be more than service provider

Started as a hosting provider, Joyent has increasingly moved into software. It develops a lot of its hoodoo in house. The firm has open sourced a lot of its technology in the past, and here it continues to move beyond its service provider roots.

Joyent says it recognizes how brutal the public cloud market can be and sees a big opportunity in software. "I came to Joyent to affect that change," said Cantrill. "Joyent wanted to change that service stack to a software stack. Turning that into a software product is not easy. We rewrote the stack from 2010 to now."

SmartDataCenter was  first brought to market, somewhat quietly, in 2012. The initial interest was from service providers and telcos wanting to stand up clouds to compete with Amazon. This was not the ultimate vision for Joyent. "These operators were in no position to go to war," said Cantrill. "Amazon is an extremely voracious competitor. They put Walmart in a pinch. This is an aggressive competitor. These telecoms are monopolies and accustomed to not working very hard."

The big opportunity is private cloud, which the market wasn't quite ready for at the time of the initial release. "We pulled back and reemphasized the software. In the last two years, the world has caught up." Joyent needed an entirely new go-to-market strategy. SmartDataCenter is targeted to everything from extent enterprises that have cloud built out and want to bring it on-prem to startups.

There are different divisions within an enterprise that want private cloud, says Cantrill. "A common trend we're seeing is the mobile group in a company. Mobile groups have the budget, charter, and it’s all greenfield."

The big competitor is OpenStack and private clouds built on it. Joyent says its edge is that it is the only one competing in the public cloud arena. "It guides us in terms of the software of we develop," said Cantill. "The challenge that OpenStack has is there ends up being a disconnect between those operating a public cloud and decisions made by OpenStack. We are our own biggest customer – we find issues and we know what needs to be done."

Problems with OpenStack, according to Joyent

When it comes to OpenStack, Cantrill sees problems. "OpenStack has some very fundamental structural challenges," he said. "Anyone knows how hard it is to get one company to agree on something. Add multiple companies to the room and it becomes impossible. You have so many different ideas that without a dictator you are not going to get a consensus. With all those competitors and different models, a consortia goes one of two ways: towards the lowest common denominator -- what they finally deliver can’t represent anyone’s fundamental innovation -- or you end up with all that conflict being exported to the user of the system. OpenStack is achieving both of these outcomes."

Cantrill says that this leaves the end provider or user left to sort out all of these civil wars. "What kind of storage should they use: Ceph, Swift? They’re not converging. The decision they make now will have ramifications down the line, so you have to research and nothing gets done. They shouldn’t be expected to make that decision."

Cantrill says that those looking to stand up clouds don't want to have to worry about it. "There’s a reason I buy a car and not a pallet full of parts," said Cantrill. "There’s a lot of people that just want to drive a car, not engage in how a car should be built. There's too many agendas in the room. There was a while were OpenStack had that halo. I’m a huge advocate of open source, but remember, there’s lots of stagnant open source out there. It’s beginning to dawn that there are some major structural headwinds. The only way it can reasonably happen is vendors are going to have to fork off their own effort – Red Hat OpenStack, Piston Cloud OpenStack – and you lose the advantage you once had by doing this."

SmartDataCenter allows a customer to deploy cloud in hours. Joyent's open ecosystem approach allows other complementary technologies to integrate and be used in both public and private cloud environments.

Cantrill took the CTO role at Joyent only recently, replacing co-founder Jason Hoffman, who stepped down in September 2013. The company also recently appointed a new CEO, named Scott Hammond, who comes from Cisco, where he led the cloud business unit.

Hammond was previously CEO of newScale (which Cisco bought in 2011)  and Digital Market. His background is all about scale -- growing startups into large companies -- and that's what he'll be focused on at Joyent.

He replaced Henry Wasik, who joined as CEO in November 2012. Hoffman also used to be Joyent's CEO, and Wasik took the job replacing the founder.