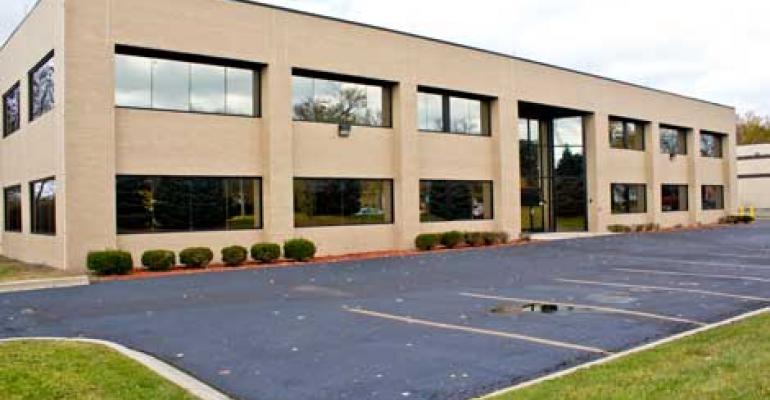 Online Tech seeks out high-end idle corporate assets in the Great Lakes region and turns them into enterprise-class infrastructure for the middle market. Its latest acquisition is a Westland, Michigan, data center in the Detroit metro area.

It is a former Sprint-Nextel facility that the company has invested in and upgraded to provide premier colocation and cloud services to the area’s businesses. The 34,000 square foot data center is set to open August 1, with customers already touring the property.

Detroit is not exactly known as a flourishing economy, but Online Tech, as well as demographic data, suggest a resurgence. The company has already had success in both Flint and Ann Arbor, Michigan, and in Detroit it is making another bet on a comeback.

Online Tech’s now has five data centers in the Midwest, including the recently announced Indianapolis data center, and plans to continue expanding into new markets in the Great Lakes region.

The Westland facility itself was quite attractive to OnlineTech. “Sprint-Nextel built a heck of a building, a building within a building, really,” said Yan Ness, OnlineTech’s co-CEO. “It wasn’t designed for multi-tenant, but that’s what we do.”

He said there were lots of fiber providers coming into the facility, since it was a former enterprise data center, but it still needed some work to turn it into a multi-tenant building. The company invested in power infrastructure upgrades, added a raised floor, which the original data center did not have, and built a network operations center.

“That’s what the market wants,” said Ness. “We have a process of what we need to do to these data centers. We also want customers to be comfortable, so we added amenities and offices.”

Proven track record in the region

Leveraging the prime but idle piece of corporate real estate at this time and in this place made great business sense to Online Tech's leadership. “Our timing to be on the buy side and build side is the perfect time,” said Ness. "We look for supply-demand imbalance, and Detroit is a great opportunity."

The board and ownership group have been accommodating in Online Tech drive the deal because it has performed very well in Ann Arbor and Flint. “They (the board and investors) were confident in what we did here in 2012 and brought in some deeper-pocket investors for this," Ness said.

“We worked really hard to prove the concepts and delivery models up here in Michigan. We’ve fine-tuned our ability to deliver.”

Detroit is often used to exemplify financial crises, most of America used to seeing the city's dilapidated and abandoned buildings on TV during the worst times of the recession. However, there is a turnaround occurring.

“They’re pretty focused on the resurgence of Detroit,” Ness said. "Some of the demographic data is coming out to back the resurgence."

There is a fast-growing need for IT professionals (according to Ness there are tens of thousands of unfilled IT jobs), and a number of high-tech incubators and venture capital groups have sprung up. Detroit Venture Partners is an example of the latter. It includes investment from NBA superstar Earvin “Magic” Johnson, who has joined as general partner.

Ness sees data centers as one of the former industrial powerhouse city's resurgence opportunities. “Data centers are the indispensable infrastructure for today’s U.S. companies in the same way that large factories were in the 20th century and railroads were in the 19th century,” he said.

OnlineTech is strong in the regulated computing market, with those with HIPAA and PCI compliance needs. “Healthcare is a target for us, with a lot of activity in the southeast. There are some big state of the art hospitals; Henry Ford Health is in Detroit," he said.

"We also do a lot of business with finance and insurance companies. All three require regulated computing because there’s HIPAA and credit card risks.”

The company offers a range of infrastructure options, from cloud to three-rack deployments to 4,000 square foot data halls.