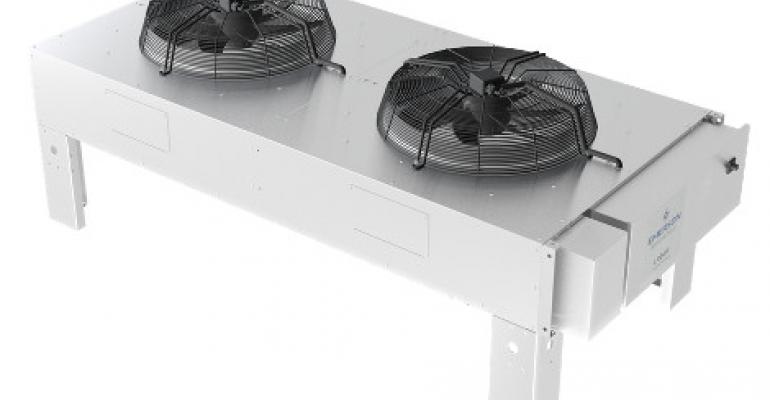 Emerson Network Power has launched extended-size versions of its ultra-silent outdoor coil condenser for data center cooling systems. The product line previously included one- and two-fan units that ranged from 28kW to 40kW in capacity. Emerson now also offers three- and four-fan options, and the upper capacity range has been extended to 220kW.

Data centers are loud creatures, both inside and outside, AC condensers being only one of the sources of noise, joining a chorus with other gear, such as generators and exhaust fans. Many areas, such as the New York metro, have condenser noise level limits written into building codes data center operators have to comply with, which makes turning down the volume of a condenser a worthy engineering challenge.

In normal mode of operation, Emerson’s Liebert MC condenser is not a whole lot quieter than alternatives (between 2.5 and 5.5 decibels lower, according to the vendor), but it is something. It also has a Quiet-Line mode, which throttles the unit’s fan speed and lowers the volume by 10 to 20 dBA.

Using Emerson’s Liebert iCOM, the control system for the company’s cooling products, customers can flip between the modes to adjust noise levels based on time of day.

The vendor is also boasting the unit’s efficiency, claiming 50-percent higher energy efficiency than traditional fin and tube condensers (Emerson sells those too). It gets its efficiency from its microchannel coil technology and from variable-speed fans, which can adjust cooling capacity based on IT demand (although many experts in the industry have been skeptical about the potential of adjusting cooling load dynamically as IT load fluctuates).

The company’s other outdoor condensers are a fan-based Liebert PFH and a Liebert Fin/Tube unit.

Updated: The original post has been updated to include the recent additions to the product line.