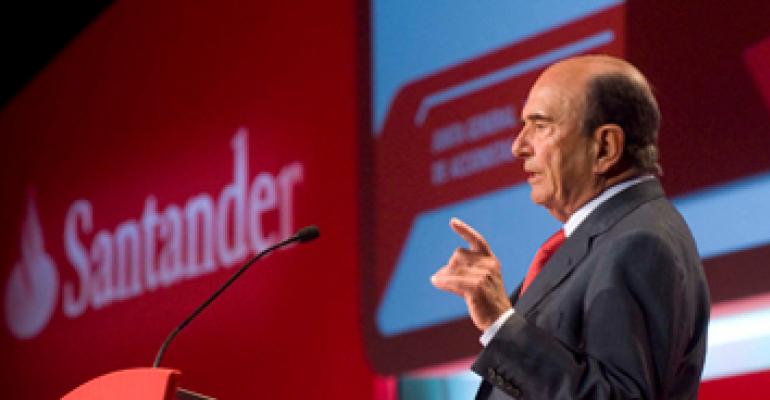 The 1.1 billion reais ($493.2 million) 50 megawatt facility is located in Campinas, Brazil, about 60 miles way from São Paulo. The bank achieved Tier IV certification from the Uptime Institute for both design and facility for DC1 and DC2, a first for both Santander and the country.

The company initially announced an investment of $270 million for the technology center.

The facility is on a plot of land whose size is about 10.8 million square feet. There’s not much more detail about the data center, given that it’s an enterprise facility, which companies usually prefer to keep under wraps, but given the numbers and the Tier IV certification, it’s quite a substantial project.

"This data center complies with the most demanding international standards and reflects the enormous confidence and potential that Santander has in Brazil," Zabalza said.

Santander has two data centers in Spain, one in U.K. and one in Mexico. It has invested around $30 billion in Brazil since 1982.

The group is the largest banking firm in the Eurozone by market value. It ranks as the number-three privately owned bank in Latin America's largest country, according to Zabalza.

The bank was the result of several mergers, particularly during the 90s, that turned it into a massive powerhouse.

The initial merger that kicked-off the bank was in 1991: Banco Central and Banco Hispanoamericano. The merger was not without its bumps, with former BCH executives not happy and taking retirement with significant payouts.

The company continued its acquisition spree in the 2000s, buying several banks. During the recent banking crisis, the company acquired into the U.S. by purchasing the 75.65 percent of Sovereign Bancorp it did not yet own, for about $3 a share rather than the $40 it was trading at pre-crisis.

The Bernie Madoff Ponzi scheme was said to have cost the bank €2.33 billion.