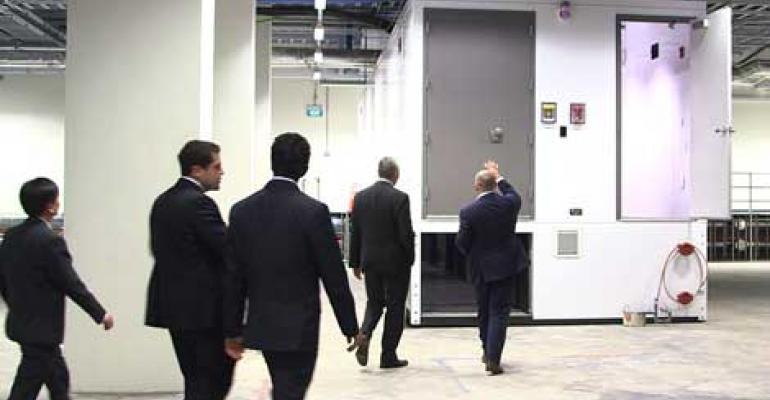 The patent describes a modular data center which includes a network module and power module, which contains electronics equipment for conditioning and distributing power to the one or more data modules and the network module.

IO continues to innovate as well as accumulate intellectual property rights through its heavy commitment to research and development. The patent details not only the modular construct, but an approach to managing the environment through software as well.

The software defined data center is hailed as the future, the next evolution of a more operationally efficient, insightful way of doing things. Modular data centers approach building data centers in pre-fabricated chunks, allowing a data center to expand on an as-needed basis, but while space is added there remains complexity in managing the environment within that space.

IO solves that problem with the IO.OS data center operating system. The company formed an analytics division in 2013 to advance DCIM smarts when it comes to modular data center building, focusing on how it can better manage and control the data center through software.

The patent describes IO’s way of providing power and environmental management required to support IT equipment in addition to providing highly-scalable and rapidly deployable data center space through modules. Google has a patent for its approach to modular data centers as well, but it differs in the software-defined component found in IO’s patent.

IO’s modules come equipped with IO.OS, which assists in measuring utilization and energy consumption. It goes beyond the ability to build just-in-time space, adding a management element as well.

"At IO, we believe the status quo must be challenged and IT must be reinvented to build a sustainable and secure future for our customers," said George Slessman, chief executive officer and product architect at IO. "This modular data center patent represents an important achievement for IO’s purpose-driven people and customers."

The full breadth of IO’s work is being substantiated in a broad, global patent portfolio that puts the company in a strong position to serve the market. IO remains focused on the software-defined data center and continues to innovate.

The company says IO technology lowers the total cost of data center ownership compared to traditional data centers, enabling dynamic deployment and intelligent control based on the needs of IT equipment and applications in the data center.