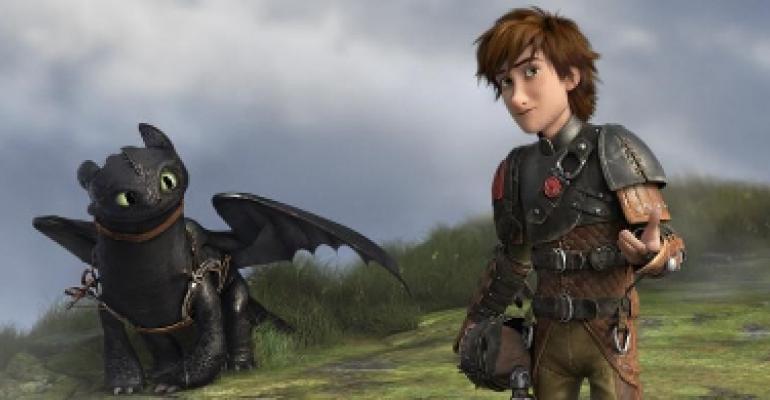 A still from How to Train Your Dragon 2. (Courtesy of HP and DreamWorks)
Companies>Hewlett Packard Enterprise

In what has become customary, HP is once again reminding everyone the extent of its involvement in big animated feature film productions by DreamWorks.

How to Train Your Dragon 2, DreamWork’s 29th animated film, started showing in theaters last Friday, and this week HP announced that the movie’s producers relied on a lot of its gear to make it happen, including HP workstations, blade servers and private cloud services.

HP and DreamWorks have built a bit of a history of collaboration on animated films. Most recent examples include Mr. Peabody & Sherman, Turbo and Rise of the Guardians.

The partnership extends beyond HP supplying products to the animation studio. It includes a lot of research-and-development work to improve on processes and technology in animation.

Some of the solutions that come out of this process, according to HP, cross over into other industries.

This joint “living laboratory” has helped create such things as billion-color HP DreamColor display. Today, the studio is adopting HP DreamColor Z27X for the most demanding workflows, enabling artists to view accurate color for future visual technologies, such as ultra-wide color gamut and 4K input.