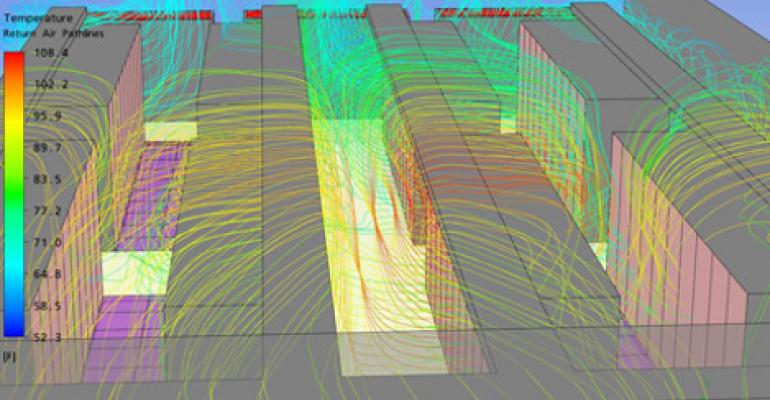 Data center modeling allows users to test changes in the physical environment using software simulation before they actually implement those changes. CoolSim can be used to perform “what if” scenarios to determine the optimal placement of existing equipment, evaluate new or alternative designs, or visualize the effect of adding new equipment.

Data center modeling is complex and CoolSim aims to make it easy and helpful. Once built, the model is automatically submitted to a hosted high-performance computing (HPC) cluster for processing using computational fluid dynamics technology. The output consists of reports and 3D images.

Both existing and new users will benefit from the features added in the latest release, the company said. The object component library system was updated to include the latest and greatest from data center equipment manufacturers, and users can now also create their own library items.

The entry cost of CoolSim is $8,500 and includes a "virtual server" based on advanced cloud-based HPC clusters. The company says competing solutions begin at $20,000 and are software-only solutions.

Because it is a SaaS solution, the company can roll out upgrades easily to everyone at the same time.

“CoolSim was designed from the ground up to meet the needs of users who don’t have the time to climb a steep learning curve,” Paul Bemis, CEO of Applied Math, said. “CoolSim 4.3 continues this tradition by adding a significant amount of features aimed at speeding up the model building and simulation process, allowing users to analyze many more design alternatives prior to selecting the optimal design for a given data center environment.”

Most of the new features are tweaks to make the CoolSim easier to use. They include:

“Using CoolSim 4.3, users are now able to build models faster, and with greater fidelity, than ever before while leveraging the cost effectiveness of Cloud Computing to drive down simulation time and cost,” Bemis said.