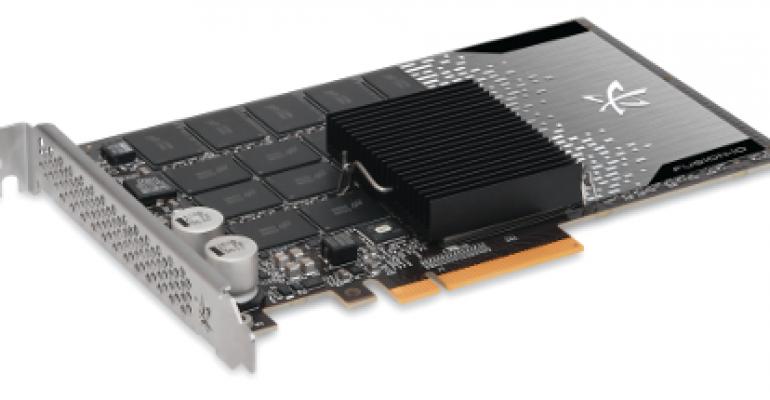 SanDisk has agreed to acquire Fusion-io, vendor of flash storage cards for enterprise-grade servers, for about $1.1 billion in cash.

Fusion-io gains the experience and global scale of SanDisk, while SanDisk gains the hyperscale data center and Fortune 100 customers from Fusion-io, as well as a rich enterprise flash product portfolio.

For more than 25 years SanDisk has dominated consumer, mobile and OEM markets for flash disks, but only recently has attacked the data center market for flash storage.

Fusion-io has acquired a number of businesses itself over the years. The company went public in 2011 and had its founding members, including CEO David Flynn, depart last year. While its customer base and product portfolio continued to expand, the company logged five straight quarterly losses, with a 2013 accumulated deficit of $108.8 million. At the time Fusion-io went public its valuation was as high as $1.48 billion.

“This transaction represents a compelling opportunity for Fusion-io’s employees, customers and shareholders,” said Shane Robison, chairman and CEO of Fusion-io. “Fusion-io’s innovative hardware and software solutions will be augmented by SanDisk’s worldwide scale and vertical integration, enabling a combined company that can offer an even more compelling value proposition for customers and partners.”