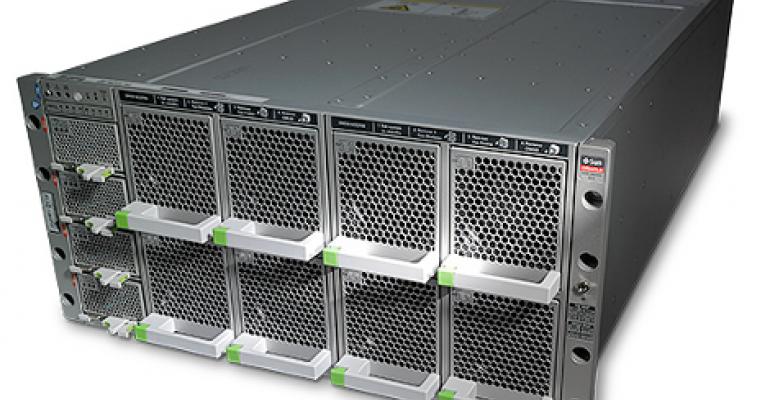 The latest in Oracle's line of workload-specific enterprise-class servers are the Sun Server X4-4 and X4-8, a four- and an eight-socket server, respectively. These are the first to include elastic computing features by adapting to workload demands in real time and, in line with the company's hardware tradition, engineered to integrate tightly with its software.

The X4-4 is designed for business intelligence and analytics workloads as well as server consolidation. It’s for any application that requires large-memory-footprint virtual machines and runs real-time analytics. The X4-8 is what the company calls the best choice for Oracle Database In-memory option and scale-up applications.

It allows even more of the database to be memory-optimized. The company launched its in-memory database product earlier this month.

Oracle worked with Intel to define a processor, the Intel Xeon E7-8895 v2, to be used in the new systems.

It combines the capabilities of three different Xeon products into a single processor. “Oracle’s new four- and eight-socket servers can simplify the process of determining system configurations and purchasing while allowing dynamic repurposing of assets,” said Shannon Poulin, vice president and general manager of the Datacenter Marketing Group at Intel.

Ehancements have also been made to the system BIOS, Oracle Solaris and Oracle Linux, which allow the system to dynamically clock up to faster speeds. This type of capability is attractive to customers like stock market trading companies, who need the servers for active daytime trading activity and nighttime stock portfolio processing.

“The Sun Server X4-4 and Sun Server x4-8 further Oracle’s goal of simplifying IT and significantly reducing operating expenses for our customers by delivering products that are best for Oracle Database In-Memory Option and business analytics,” said Ali Alasti, senior vice president of hardware development at Oracle. “Through close collaboration with Intel, we are the first to announce servers based on the new Intel Xeon E7-8895 v2 processors and the first with unique capabilities that allow customers to dynamically address different workloads in real time.”