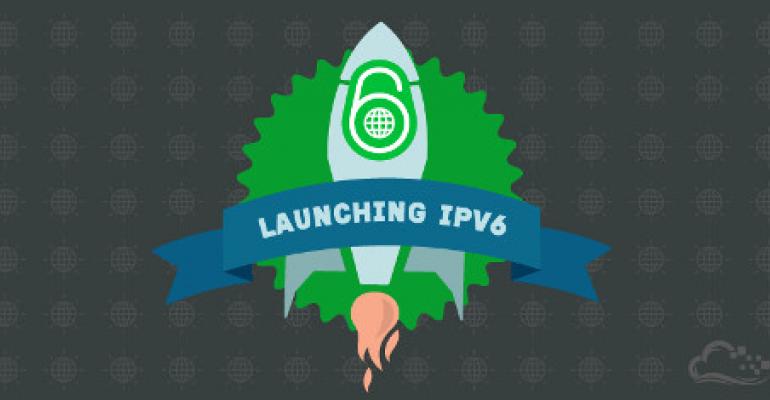 Cloud infrastructure service provider DigitalOcean is getting ready for the great IPv6 switch, citing customer demand. With the supply of IPv4 running short worldwide, the company has decided to launch IPv6 in Singapore first, followed by a wider rollout.

DigitalOcean differentiates itself by providing simple deployment options to get up and running. It’s an approach targeted at developers, startups and small businesses. The company launched in 2012, and despite being a latecomer to the cloud scene, it has had exponential growth. It said IPv6 was its most requested feature.

IPv6 allows for much more address space, and having both an IPv4 and IPv6 addresses will allow the team to see what users want from the feature and how they use it, as well as transition smoothly into native IPv6 networking. IPv4 can support about 4.29 billion addresses. While tremendous at the time of creation of IPv4, the limit is restrictive today. The 128-bit IPv6 protocol uses hexadecimal notation and it can support 2128  addresses.

Mitch Wainer, DigitalOcean's chief marketing officer and co-founder, said, “IPv4 is running out throughout the world. A lot of the developers out there are starting to prepare and transition to IPv6. We’ve also discovered that [Asia Pacific] has the highest adoption rate with IPv6, a reason we’re rolling it out in Singapore first."

Stateside, the company says it’s had to buy IPv4 space through brokerages due to limited supply. American Registry for Internet Numbers (ARIN) is down to the final /8 (around 16 million addresses) and has moved into Phase Four, the final phase, of its IPv4 countdown plan. “The reality is that we’re buying our IP addresses now, and they’re costing $8 per IP, which is crazy,” Wainer said . “We’re spending hundred of thousands on IP addresses. Europe is totally depleted. The number in Asia has depleted. The US is depleted, if not close.”

San Francisco is up next for DigitalOcean's IPv6 rollout.

DigitalOcean expanded with a launch in Singapore in an Equinix data center last February, and in that short time it says it’s seen tremendous uptake there. It has also recently landed $37.2m in funding  “It’s just the beginning for us. There’s a lot more to come with the new round of funding, allowing us to scale tremendously,” said Wainer. “We’re at 90 employees at this moment, 115 by the end of this year.”