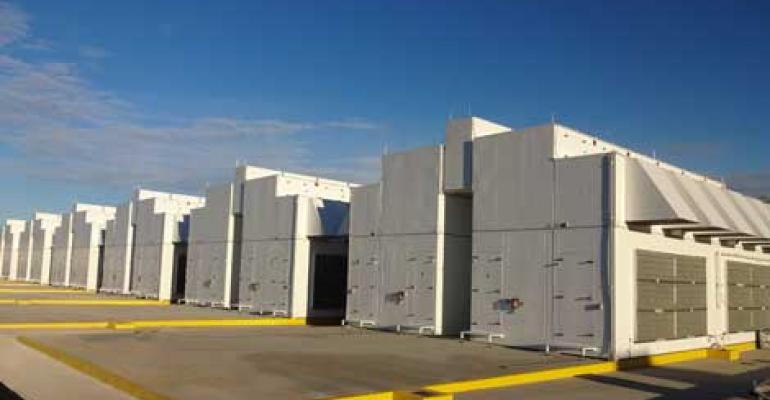 Microsoft is planning to invest about $350 million in expanding its data center site in Boydton, Virginia – a tiny town with about 400 residents at the state’s southern edge.

This is the company’s third expansion project at the site and the biggest data center investment it has announced publicly this year. Its first construction project in Boydton was started in 2010 and involved about $500 million in investment, according to a statement issued by Virginia Governor Terry McAuliffe’s office.

Microsoft has been expanding its data center capacity around the world quickly and aggressively to support its growing cloud services business. “The expansion will help support Microsoft’s more than 200 cloud and online services, which are consumed by over 1 billion customers across 89 markets globally,” a company spokesperson wrote in an email.

Microsoft has substantial in-house data center design expertise and its facilities evolve with every new build. The Boydton site is not an exception.

“Each phase of the facility represents a different rapidly evolving design that enables the integration of new efficiencies, best practices and capabilities,” the spokesperson wrote.

The first phase of the facility was built using Microsoft’s ITPAC concept. ITPACs are container-like modules with large louvers along the walls which pull in outside air for cooing.

In the company’s first build in Boydton, the ITPACs were placed outside, without roofs or walls, with an open-air “electrical breezeway” powering them. The phase also included colocation rooms with enclosed server PODs.

The latest expansion, whose first phase is expected to be completed in the summer of 2015, will be a recent iteration of that design. “Learning from these designs, we have been able to remove even more inefficiencies, carbon, water use and costs out of our data center environment for this expansion,” the spokesperson wrote.

The facility uses adiabatic cooling – a form of free cooling that relies on evaporation of water which causes temperature to drop.

As it transforms itself into a cloud-services-centric company, Microsoft has been on data center expansion kick. In addition to its Azure Platform-as-a-Service and Infrastructure-as-a-Service offerings, it is also now providing products in its popular Office suite on a Software-as-a-Service basis under the Office 365 brand.

Earlier this month Microsoft announced the launch of a data center in Brazil to host the Brazil South region of its Azure cloud, following Azure expansions in China and Japan.

Its most recent U.S. expansion announcement (other than the Boydton expansion) came in April, when the company said it would invest about $270 million in an expansion of its Cheyenne, Wyoming, data center. Prior to that, in November 2013, the company kicked off a $230 million expansion project in Dublin, Ireland.

In addition to building its own data centers, Microsoft leases large amounts of data center capacity from wholesale providers, such as DuPont Fabros Technology.