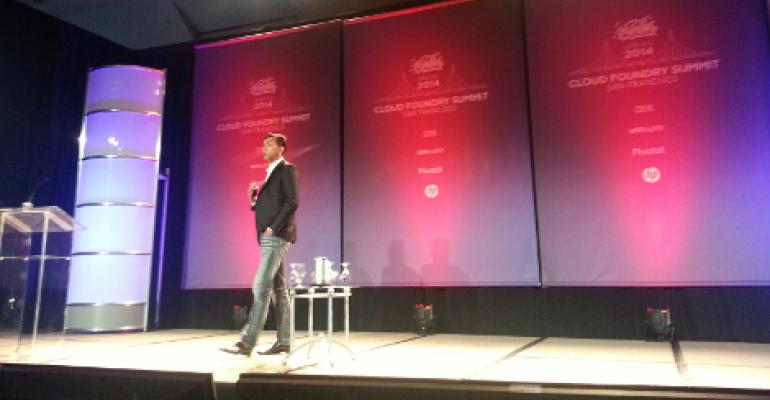 HP Cloud Chief: OpenStack and Cloud Foundry a Match Made in Heaven

There are two open source technologies that form the foundation for HP’s newly minted cloud strategy it calls Helion. They are OpenStack and Cloud Foundry.

Like many of its competitors, HP is going after the enterprise developer market, working hard to convince traditional enterprises that they need to build up their software development chops if they want to stay relevant.

Platform-as-a-Service products are widely viewed as an easy way enterprises can give developers the tools they need to build, test and quickly deploy applications. The goal is not only to give them the tools they need, but tools they like and are happy using.

Cloud Foundry is an open source PaaS that has recently become a foundation on which several vendors, including HP and its rival IBM, have built their commercial PaaS offerings.

But, as Manav Mishra, director of HP Helion, put it, “Any PaaS layer still needs an infrastructure.” Speaking at the Cloud Foundry Summit in San Francisco Tuesday, Mishra said that OpenStack, the popular open source cloud architecture, was the perfect way to build that infrastructure layer.

HP announced that it was working on a Cloud Foundry-based PaaS, called Helion Development Platform, in May. The PaaS is part of the vendor’s big $1 billion Helion cloud initiative announced that month, which also included a commercial distribution of OpenStack. “Helion is everything cloud at HP,” Mishra said.

HP’s Helion team is working to optimize binding between Cloud Foundry and OpenStack. “HP Helion Development Platform is where Cloud Foundry meets OpenStack,” he said. “We don’t want these to be agnostic of each other, because then what’s the point?”

The two already work well together. So well that Mishra described them as the “two platforms that are the future of the cloud computing industry.”

Not the only game in town

But Helion Development Platform is still in the works; IBM’s Cloud Foundry-based BlueMix PaaS only became generally available this year and Pivotal, the EMC- and VM-ware owned company behind Cloud Foundry launched its Pivotal CF PaaS in November of last year. These companies are newcomers to a market that has been busy for years.

Red Hat, the open source enterprise software giant, has had a successful enterprise PaaS called OpenShift for three years. Google’s App Engine PaaS has been around since 2008, and Microsoft’s Azure PaaS has been commercially available since 2010. Amazon Web Services launched its Elastic Beanstalk PaaS in 2011, and Heroku, the hugely successful PaaS owned by Salesforce since 2010, has now been around for about seven years.

While PaaS offerings by the likes of Google and Microsoft have not traditionally enjoyed widespread use among enterprise developers, the giants have recently been sharpening focus on the enterprise market across their cloud service portfolios.

The big differences between the incumbent PaaS players and Cloud Foundry, however, is that the open source PaaS (and applications built on it) can run on different infrastructure clouds – not just OpenStack.

Cloud Foundry is both open and open source, which means users are also not stuck with the features their vendors have included in their offerings. In this respect, Red Hat is a closer competitor, since its OpenShift PaaS is also open source.

Mishra said he expects Cloud Foundry’s openness to make it a winning proposition for enterprises. “Enterprises see open platforms and open source platforms as a solution to some of the challenges that they face on a regular basis,” he said.

Giving IT managers an out

The main challenge he was talking about was the pressure on IT managers to be innovative and forward-looking while at the same time increasing total cost of ownership of the IT infrastructure. Enterprise IT shops are now seen as both catalysts for moving companies forward and massive cost centers.

Open platforms are popular with these people because they enable development of applications. “Applications are great because that’s where the touch-point with the broader organization happens,” Mishra said. When applications are easy to build and deploy, IT shops can deliver the innovation that is expected from them.

There are many parallels that can be drawn between OpenStack and Cloud Foundry, but the main one is in the way both open source technologies have given big IT vendors, such as HP and IBM, an on-ramp into the cloud services business.

OpenStack enabled these companies to compete with the likes of Google and Amazon in the Infrastructure-as-a-Service space (IBM is a major OpenStack backer), and Cloud Foundry has given them an instant foundation for building modern PaaS offerings.