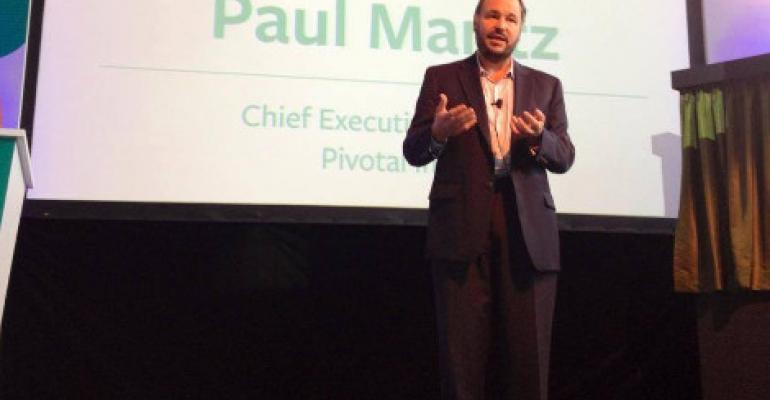 Pivotal, the company that wants to enable old-school enterprises to build and deploy software like Google and Facebook do, rolled out the latest release of its Platform-as-a-Service offering Pivotal CF, adding more features it says enterprises will find attractive.

The new capability for automatic replication of application instances across multiple cloud availability zones is perhaps the most important addition, since enterprises care a lot about uptime and Pivotal says the new feature ensures every application runs out of at least two geographically separated locations.

Pivotal CF 1.3 is the fourth release since the company launched the PaaS into general availability in November 2013. It is using the same agile software development principals it coaches its customers in.

Cloud Foundry is the open source PaaS Pivotal CF is based on. The company used to lead the open source development project single-handedly but recently created an independent foundation to steer it, so that more vendors would join.

Pivotal timed announcement of the latest release of its commercial PaaS product to coincide with the Cloud Foundry Summit taking place this week in San Francisco.

The company, created and majority-owned by the storage giant EMC, takes its name from Pivotal Labs, a custom software development shop EMC bought in 2012. Pivotal CEO is Paul Maritz, former CEO of VMware, another company in which EMC holds a controlling stake.

Pivotal proposes to enterprises the ability to develop new software and continuously deploy new features for their customers using a combination of modern software development languages and frameworks as well as modern Big Data technologies. In April, the company announced it would offer all of its Big Data products in a single bundle on a subscription basis.

The bundle includes Pivotal's Greenplum database, GemFire, SQLFire, GemFire XD and HAWQ. Customers that commit to a certain subscription level also get a free license for Pivotal's own distribution of Apache Hadoop.

Another big addition in the latest release of Pivotal CF gives developers the ability to “bind” applications to enterprise “data lakes.” This means an application can simultaneously draw on a variety of data generated by the enterprise, regardless of the system the data reside on.

Whether it is stored in Redis, MongoDB, Neo4J, RiakCS or Cassandra, the data can be bound to an application as managed services. The integration of these sources into Cloud Foundry (the foundation of Pivotal CF) is done through a service-broker API, Tankel said. These services are available already, but more are in the pipeline.