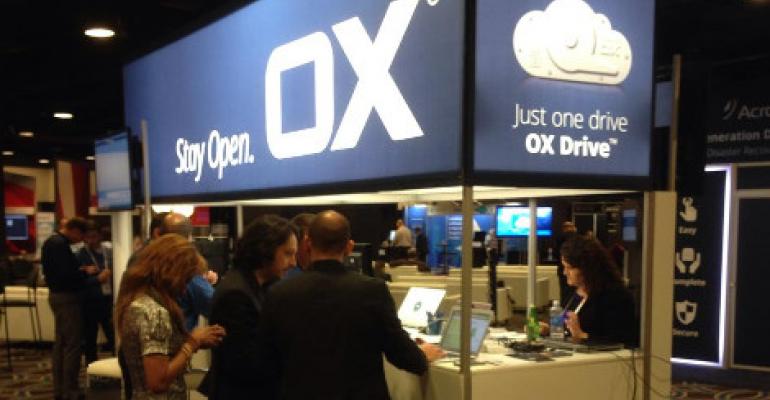 Company offers service providers a way to stand up application services without the headache of building out and maintaining infrastructure.

Open-Xchange has made a sizable business providing email and a suite of apps to hosting providers to help them expand into ancillary services and raise average revenue per customer. The company is now releasing its own hosted version that service providers can white label called OXaaS.

Open-Xchange has gone from 82 million seats sold last year to 110 million. In addition to business software it now provides backend for several large telecoms, such as Telecom Italia, large service providers, as well as a wealth of smaller hosting providers.

CEO Rafael Laguna said the new offering would take the burden of supporting non-core services off of providers' shoulders. “They don’t have to worry or run auxiliary services anymore," he said.

The go-to-market approach is a "partners only" one, to make sure Open-Xchange does not compete with its own customers. "We’re not selling to the end consumers," Laguna said. "You can only buy this from provider partners because of channel conflicts.”

The applications of Open-Xchange range from email services all the way to hosted desktops, where everything including collaboration and document editing can be accomplished within the browser.

Open-Xchange is using several different Infrastructure-as-a-Service providers to run the hosted offering. It’s starting in Germany, the company's home, and will be released in the U.S. later this year.

In Germany, the company is using an OpenStack-based IaaS provider called Xion, a telecom spin-off. In the U.S., it is working with Hostway, with whom it has had a mutual customer: Sprint.

“Being in Germany may not be enough for European customers,” said Laguna. “For example, we were talking to customers in Switzerland. Crazy example, but very interesting, is we’ve launched a customer in Finland on Azure. It’s 250,000 email accounts on one of the top five Finnish mail platforms.”

Azure is an interesting choice because Open-Xchange’s app suite in some ways competes with Microsoft Office. In this case, Microsoft turns almost into a sales channel.

Some customers also want to run its offerings on Amazon Web Services' cloud. “We’re currently setting up a proof of concept on AWS,” Laguna said.

Customers can choose to run it themselves or use the new OXaaS. Some are using the Open-Xchange hosted version for a quick go-to-market and then bring it in if they deem it successful, lowering the barrier to entry. The initial cost is much lower, giving more providers a chance to try it out.

Developers behind OpenOffice on board

The company hired many members of the team behind OpenOffice, the open source office application suite, two and a half years ago. It has been leveraging them to move into other business applications, such as spreadsheets and a recent Dropbox-type live installation.

“We’re launching more and more stuff to complete the application stack,” said Laguna. “The applications have become a little more consumer friendly. In the past, we focused on small and medium business. Now we deal with consumer platforms with tens of millions of users on them, through partnerships with big telcos and hosting providers. It’s easy for the consumer to use, but grows with the user.”

This move is similar to what Automattic did with Wordpress in the past. The popular blogging platform is a popular hosted service, but with the introduction of Wordpress.com, it allowed Wordpress to be hosted by Wordpress. The difference is that Open-Xchange will not sell directly and is open to a variety of hosting configurations.

The public cloud services market is approaching $107 billion  in revenue by some estimates, and Open-Xchange believes the best chance to reduce escalating churn rates is by bringing profitable software-based services to its customers. The upfront infrastructure investment required to support cloud apps and services is too high for many hosts, telcos and MSPs to handle, driving demand for solutions like the hosted flavor of Open-Xchange.