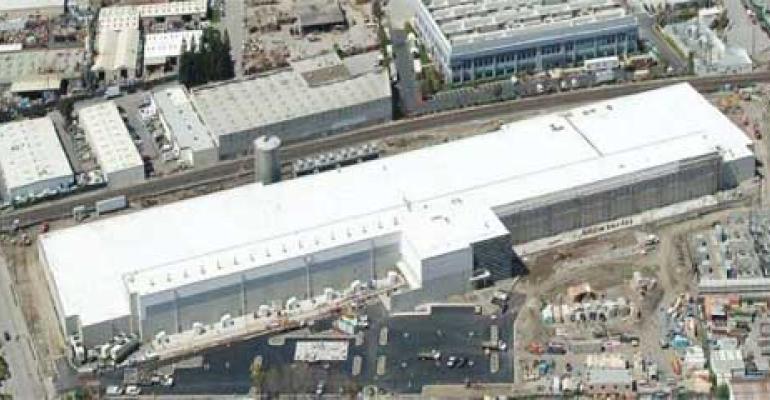 DuPont Fabros Technology has completed a new phase at its Santa Clara, California, data center, the first project to use the company's new electrical system design, which enables it  to deploy capacity in smaller chunks than it has traditionally done.

The wholesale data center provider, whose biggest customers are Facebook, Microsoft, Yahoo and Rackspace, has made the change to more closely match the demand it is seeing. The move reflects a broader market shift away from the massive long-term data center lease contracts that have traditionally been bread and butter for developers like DFT and its competitor Digital Realty Trust.

According to a January market report by Avison Young, a commercial real estate company, there was “significant downward pricing pressure” on data center providers throughout 2013, and that pressure was particularly seen in larger wholesale deals.

DFT has been rethinking its data center design overall, including both power and cooling infrastructure. The ACC7 data center it is currently building in Ashburn,Virginia, is going to feature all the latest design innovation by the developer.

The company announced that it has finished commissioning work on Phase IIA of its SC1 facility in Santa Clara on Monday.

It is called Phase IIA precisely because the space that was previously referred to as Phase II has been split into smaller chunks, DFT spokesman Christopher Warnke said. Phase II as a whole is 18.2MW, only half of which has now been commissioned.

With the older design, DFT could not bring online 4.5 MW of capacity in a larger building, for example, and then bring online another 4.5 MW without disrupting power delivery to the capacity that’s already online, Warnke explained.

There isn’t a static smallest capacity block the company can deploy, but there is a number of factors outside of client need that determine what the size of that increment will be. The biggest ones are the kind of uninterruptible power supplies and generators used. Those in addition to DFT’s N+2 redundancy scheme are the primary limiting factors.

The smallest possible increment in Santa Clara was 4.55 MW, but the company deployed 9.1 MW because of demand. “It depends on where we see potential prospects, lease signing, etc.,” Warnke said. “We could go down to 4.55 MW in that facility if we wanted to.”

Three-quarters of the newly completed phase has been leased, and development of the 9.1 MW Phase IIB has commenced. “Pricing remains constant, and we’re seeing good demand out there,” Warnke said about the Silicon Valley market.

He could not share the names of any of DFT’s tenants in Santa Clara, saying only that one of them was one of its top four customers (Facebook, Microsoft, Yahoo and Rackspace). According to the Avison Young report, however, Microsoft signed for 6 MW with DFT in Santa Clara in 2013. Another SC1 customer mentioned in the report is Dropbox, which last year signed for 1.5 MW.

DFT plans to finish Phase IIB in March of 2015, at which point its entire SC1 data center will be built out, totaling 36.4 MW of available critical load across 176,000 square feet of computer-room space.