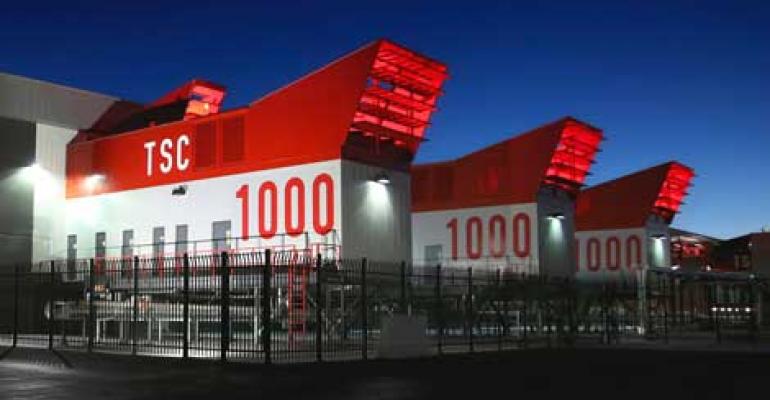 Cooling towers at the SuperNAP data center in Las Vegas, built and operated by Switch. (Photo: Switch)
Design>Power and Cooling

Report: In-Rack and In-Row Cooling Not Growing as Anticipated

Power densities in data centers are not growing as quickly as vendors have been anticipating, so demand for high-capacity localized cooling solutions has not been as high as expected.

Sales of in-row and in-rack cooling products have not been growing as quickly as previously expected, according to a recent study by IHS.

Once expected to achieve double-digit growth, row- and rack-cooling revenues fell by five to six percent in 2013, compared the two-to-three-percent decline in perimeter cooling sales, according to IHS.

The growth expectations for in-row and in-rack cooling were driven by the belief that densities would increase significantly and create demand. “As far as growth,  I think that lack of widespread high-power-density computing is the main reason why 'row/rack' hasn’t taken off the way many thought it would," said Elizabeth Cruz, senior analyst for data center and critical infrastructure at IHS who wrote the report.

Row and rack products offer energy savings once rack densities approach the 8-10 kW range. "We’ve found that densities on average are under 5 kW per rack," Cruz said. "We usually hear of more traditional room cooling in the space, and large air handlers are also being increasingly used."

The widespread belief that power densities in data center are increasing rapidly is clearly wrong. “In reality ... traditional room cooling is still adequate," Cruz said. "Some power density increases can be addressed with containment as a first line of defense, which is a much lower cost investment."

Factors beyond cooling play a role

Another big impediment to growth seems to be an increasing number of companies outsourcing their small data centers to colocation or cloud providers, she added.

While growth may be slow, however, revenues from row and rack cooling were about $350 million globally for 2013, which still makes the category a sizable market. "There are still real applications for this, like in the high-performance computing market and as a stand-alone system for small and medium data centers.”

“First, is the economy: this is still a major factor in companies putting off large capital investments like data center builds," Cruz said. "Second is the fact that companies are consolidating their data center operations by outsourcing to colocation or cloud providers and by moving what small data centers they do have into one centralized location. This consolidation leads to more optimized data centers which maximize efficiency and reduce the need for power and cooling. Third, growing adoption of virtualization and improvements in server technology lead to an increased compute performance per watt, which then requires less power and cooling backup."

For more information, check out the upcoming Data Center Cooling 2014 report by IHS.