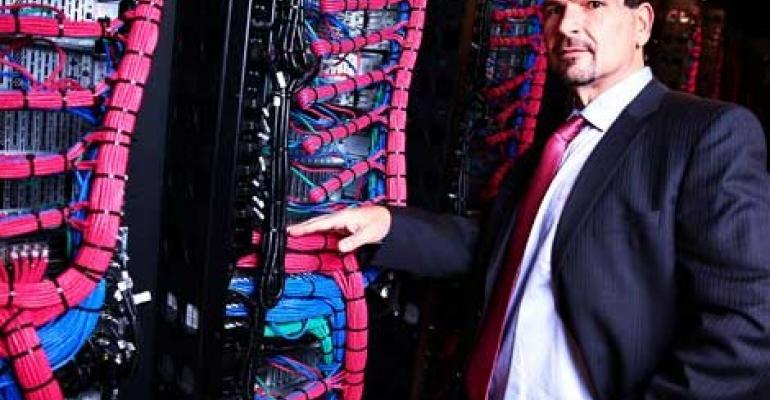 DCK Analyst View: As SEC's IBM Cloud Probe Fails, It Is Time To Ask Why Break Cloud Revenue Out at All

As the industry converges, it will only become more and more difficult to separate cloud revenue from non-cloud revenue, so why continue to try?

IBM recently avoided a potential regulatory penalty over the accounting treatment of its cloud services. The U.S. Securities and Exchange Commission's investigation concluded there was no funny business. IBM disclosed the investigation and did change the way it described cloud revenue in press releases to make it clearer. However, the problem of reporting cloud services revenue isn’t only with IBM, but with all cloud providers.

The SEC will have trouble tackling how providers report cloud revenue because all companies report cloud revenue differently, largely thanks to the differences in definitions. Many service providers, such as SoftLayer (which IBM now owns) and Rackspace, have arguably been providing cloud computing before it was broken off as a separate revenue line. Hosting on virtualized servers, before infrastructure cloud services evolved into what they are today, has been around for ages.

Today, however, a wide variety of services that do very different things, many of them combining cloud with non-cloud services, get put into different categories, which makes delineating between cloud and non-cloud revenue a difficult task. It's comparing apples to oranges.

Let's go back to the start of cloud. Once companies began breaking out cloud revenue,  investors were worried that cloud was cannibalizing core hosting businesses. For an analyst, it’s impossible to draw the lines in the sand properly with many companies, as the taxonomy for the hosting services industry is fluid, constantly changing. Rackspace, for instance, has been providing a lot of cloud computing for DevOps, which consists of managed services atop of cloud infrastructure. Do you count this as managed hosting revenue or cloud revenue? The answer is that it’s both; the problem only arises if it’s counted twice.

The problem public companies like Rackspace or IBM face is that they are pressured to show growth in cloud investments, often before growth happens. Investors are an impatient bunch. Companies need to show growing cloud numbers without shrinking traditional hosting business lines. If you have massive cloud computing growth but your traditional business is shrinking, you’re potentially  guilty of cannibalizing your arguably higher-margin, more profitable core business. If your traditional business is growing nicely but cloud revenues are behind, you’re guilty of not evolving fast enough. It’s a double-edged sword.

Different analyst firms count cloud revenue in different ways, which doesn't help either. One firm  might only count utility-style compute and storage; another might count any sort of virtualized hosted services, including applications. Gigantic industry-wide projections also add to the pressure to boost cloud numbers and to count more traditional hosting lines as cloud.

The futility of breaking out cloud revenue

IBM wasn’t penalized because it didn’t double-count any revenue or participate in any sort of chicanery. It was looked at because it is a blue-chip stock that is pushing cloud perhaps the hardest out of the blue chips. But what’s the answer? Breaking out SoftLayer revenue as cloud without anything else? By now, SoftLayer is too deeply integrated into IBM.

SoftLayer chief operations officer George Karidis illustrated the silliness in defining what counted as a server during the cloud craze in a 2012 blog post:

“It's easy to forget that the building blocks of a cloud infrastructure will usually come from vendors that provided traditional hosting resources. When a computing instance is abstracted from a hardware device, it opens up huge variations in usage. It's possible to have dozens of public cloud instances using a single server's multi-proc, multi-core resources at a given time. If a vendor prices a piece of software on a 'per server' basis, how do they define a 'server' when their users are in the cloud? It can be argued that a cloud computing instance with a single core of power is a server, and on the flip-side, it's easy to define a server as the hardware object on which many cloud instances may run. I don't know that there's an easy way to answer that question, but what I do know is that applying 'what used to work' to 'what's happening now' isn't the right answer."

“How quickly does an environment have to be provisioned for it to be considered 'on-demand?'" wrote SoftLayer's then CTO,  Duke Skarda. “If 'broad network access' could just mean 'connected to the Internet,' why include that as a characteristic? When it comes to 'measured service,' how granular does the resource monitoring and control need to be for something to be considered cloud computing? A year? A minute? These characteristics cast a broad net.”

As the industry converges, as cloud, colo, dedicated servers and managed services all become part of mixed deals, how do we count cloud revenue? As hybrid infrastructures take hold, does it make sense to break out what part of that is cloud? No. Service providers are being asked to break out something that can't necessarily be broken out, unless it's done with ridiculous granularity (e.g. managed cloud revenue that doesn't include managed services revenue, cloud in colo/cloud hybrid minus the colo revenue). Then there's private cloud, which could mean software on on-premise servers and is really maintenance fees. How do you break out "cloud" in a general outsourced service provider business?

Cloud is helping to grow outsourcing services in general. Cloud revenue, in the big picture, doesn’t matter. What matters is whether or not a company is generating more revenue overall using cloud as a technology. Cloud is just one part of a larger paradigm that is outsourced services.

Amazon Web Services, undeniably a cloud, has so far been immune to cloud revenue reporting scrutiny. Amazon reports cloud revenue under an “Other” category that includes revenue from advertising services and credit card agreements. Amazon isn't required to break out the cloud business because it's not 10 percent or more of the total. Is that "Other" category all cloud? No. But as the category grew like crazy, it was clear that cloud was the growth driver. Since Amazon is a retailer first and cloud services provider second, it doesn't face the conundrum that traditional service providers evolving to cloud face.

Analysts and investors will continue to pick at companies and try to determine what revenue is cloud revenue, while the best companies will boost their overall revenue by offering cloud as part of a wider portfolio.