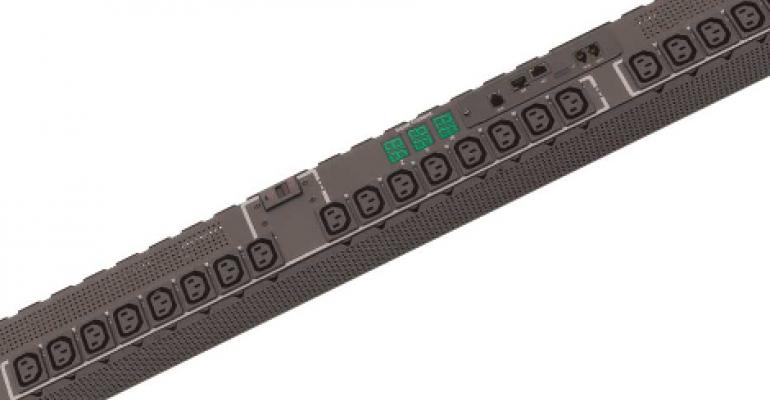 Jury decides in favor of Reno-based vendor that claims infringement on patents for vertical power strips with local current monitoring.

Server Technology, a Reno, Nevada-based vendor of power distribution gear for data centers, has been granted a $10.8 million award in what has been a seven-and-a-half-year patent infringement lawsuit with American Power Conversion Corp., a subsidiary of the French industrial giant Schneider Electric.

The two patents in question cover innovations in products that are core to Server Technology’s business. Its CEO Brandon Ewing said the CWG series of plug strips was responsible for about 40 percent of the company’s revenue. The series consists of more than 60 products.

The technology covered by the patents is a combination of four things: a vertical one-piece power distribution plug strip, relays behind the receptacles for switching, remote current monitoring system and a digital numeric current display on the strip itself. “It’s the combo of those four elements that makes up the basis for the patent,” Ewing said.

Schneider refrained from comment. A company spokesperson sent us a statement saying, "It's not company policy to comment on a jury verdict. APC is considering pursuing an appeal.”

The damages award for Server Technology was part of a jury verdict in the United States District Court for the Northern District of Nevada. Ewing said he did not know whether Schneider was planning to appeal the decision or whether the rival would discontinue the two product families.

“These are decisions that somebody from APC needs to make,” he said. “The verdict really represents what would be a reasonable royalty for the products that have been infringed.”