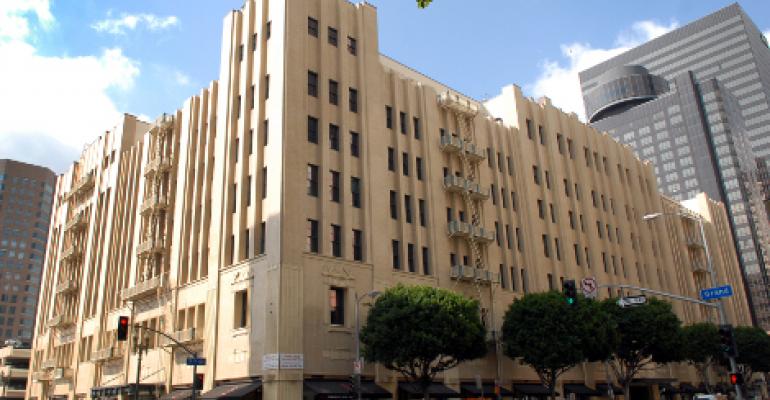 Digital Realty Trust has launched a web portal where its data center tenants will be able to buy cloud infrastructure services from its other tenants who offer them.

The Global Cloud Marketplace, built by Digital’s partner ComputeNext, is a central interface through which companies can spin up virtual machines and cloud storage resources from the likes of IBM SoftLayer and Internap as needed, get billed and pay for the use.

The announcement by Digital Realty, essentially a specialized real estate developer, is yet another indication that the lines between traditional data center provider business models are blurring.

Retail colocation providers, such as Equinix and Telx, have established similar cloud marketplaces for their customers. Equinix, which has traditionally specialized in retail colo, has been experimenting with selling larger chunks of space, and wholesale data center providers like Digital Realty, or its rival on the U.S. market DuPont Fabros Technology, have added retail colocation products in some of the facilities in their portfolios.

Companies that have traditionally been providers of data center space, power and cooling are now also hosts and enablers of service provider ecosystems.

Adam Levine, vice president of strategic alliances at Digital Realty, said the move was a recognition by the San Francisco-based developer that the market was moving toward hybrid environments, where traditional private data center infrastructure was mixed with cloud resources. “It’s more about offering as wide a spectrum of services as possible,” he said.

Partnering to stay focused on core

As they expand into different layers of the stack, most data center companies prefer to do it through partnerships with other providers, as Digital Realty did with ComputeNext. The approach gives it a way to offer its customers cloud options without having to build the necessary technical capabilities.

“We’re still Digital Realty and we know what our core business is,” Levine said.

Competing with own customers

Because providers like Equinix and Telx are also its tenants, Digital Realty has to tread carefully in introducing products that are potentially competitive with some of its own customers’ products. Equinix is responsible for three percent of Digital Realty’s income from rent, while Telx is responsible for four percent, according to a June fact sheet the company created for investors. Both tenants also have cloud service marketplaces for their clients.

Commenting on the need to keep this balance, Levine said the decision was driven by demand from the company’s enterprise customers. “It’s logical that Equinix has a product like this,” he said. “They were always a little bit further up the stack than we have.”

Not all cloud tenants on marketplace

There are also some big cloud providers that use Digital Realty data centers but are not part of its new initiative. CenturyLink is responsible for eight percent of Digital Realty’s rent income; IBM pays six percent; Verizon and Sungard each represent two percent. Of the four, IBM is the only one represented on the new marketplace.

Besides IBM SoftLayer and Internap the marketplace offers services by GoGrid, Interoute and SingleHop. Levine said he expected the list to grow from five to 10 providers by the end of 2014, however.

While there are some Software-as-a-Service offerings on the marketplace, it is currently weighted heavily toward Infrastructure-as-a-Service – raw on-demand virtual compute and storage resources.

Also separately from the marketplace, Digital Realty’s customers can establish private connections to Amazon Web Services and Microsoft Azure clouds through Level 3 Communications, a network carrier that has agreements with the two IaaS giants. There are currently no plans to integrate those services into the marketplace.