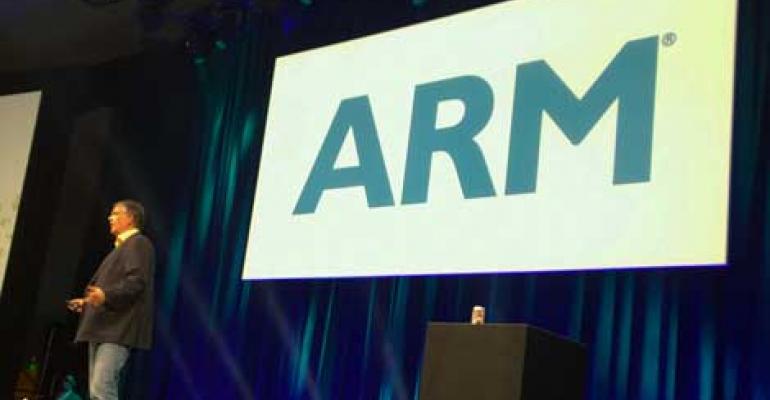 ThunderX SoCs will come in a variety of flavors, including products designed specifically for compute, storage or networking workloads.

Cavium has been one of the companies building solutions for the ARM Server Base System Architecture, and goes beyond the typical low-power server focus with an alternative offering to rival Intel Xeon systems. AMD has been active in the ARM market with an eight-core ARM server SoC as well. It has contributed its ARM microserver design to the Open Compute Project -- the open source hardware and data center design community spearheaded by Facebook. Applied Micro, with its X-Gene family of 64-bit SoC solutions, is another major player in the game.

“The ARM ecosystem is radically expanding the realms of possibility for cloud and data center infrastructure,” said Simon Segars, CEO of ARM. “ThunderX is an innovative implementation of the ARMv8-A architecture. Together with ARM’s Server Based System Architecture standard, it will accelerate the deployment of workload-optimized ARM-based systems and transform the pace of innovation in the data center.”

As a fifth generation of multi-core processor design from Cavium, the ThunderX CN88XX family of processors is designed using a 28-nanometer process and under architectural license from ARM. The chips are cache-coherent across dual sockets using Cavium Coherent Processor Interconnect and feature a standards-based low-latency Ethernet fabric, interconnecting thousands of ThunderX nodes in 2D and 3D configurations. ThunderX also has Cavium virtSOC technology, which has full system virtualization for low latency from virtual machine to I/O.

“Cavium has leveraged its multiple generations of world-class IP to engineer a highly integrated family of SOCs that we believe will set a new bar for performance, features, power and cost, targeting next-generation data center deployments," said Gopal Hegde, vice president and general manager of Cavium’s Data Center Processor Group. The ThunderX family of highly integrated SOCs is a finely tuned and balanced architecture designed from the ground up to deliver optimum application level performance.”

Workload optimization from silicon to application is what ThunderX aims its four processors at, all of them able to scale up to 48 cores. An entry-level ThunderX_CP targets public cloud  servers, content delivery, web caching, search and social media workloads. The ThunderX_ST adds PCIe Gen3 ports and a scalable fabric along with hardware accelerators for big data and block and object storage. The Thunder_SC goes even further to include fourth-generation NITROX and TurboDPI technology with acceleration for IPSec, SSL, anti-virus, anti-malware, firewall and DPI. The Thunder_NT adds 10/40/100 GbE connectivity, and features hardware accelerators for high packet-throughput processing, network virtualization and data monitoring.

The ThunderX family of processors along with a range of hardware reference platforms will be available for general sampling in the fourth quarter of 2014.

Cavium announced a collaboration with Oracle in support of the ThunderX family to certify and optimize the upcoming port of Java Platform, Standard Edition 8 (Java SE 8) for its ARMv8 architecture. It also has a partnership to work with the openSUSE community to provide engineering resources along with ThunderX-based reference systems for openSUSE development, optimization and support.

Cavium has also expanded its collaboration with the Fedora Project, a Red Hat-sponsored and community-supported open source collaboration. The Fedora 21 release will enable support for the 64-bit ThunderX processor family.

“With support for key industry standards and an active engineering engagement in the open source community, Cavium is demonstrating the commitment it takes to build and drive a thriving server software ecosystem. Cavium’s collaboration with the Fedora community plays a key role in driving momentum for the ARMV8 architecture,” said Jon Masters, chief ARM architect at Red Hat.