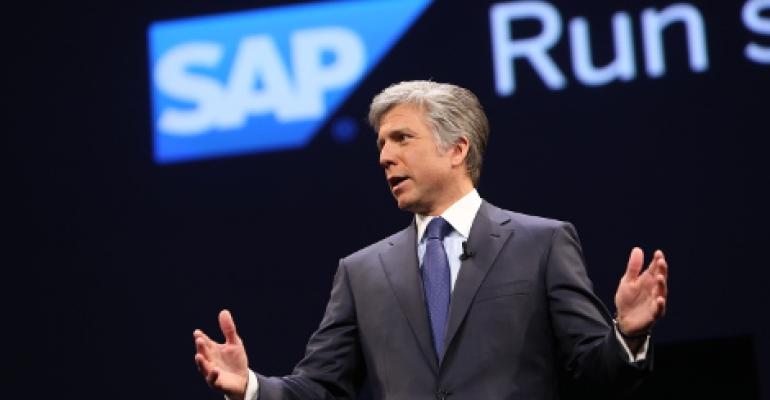 In his Sapphire Now keynote SAP CEO said he wanted to make SAP simpler for customers and HANA-based cloud services were just the ticket.

Is SAP too complex? The CEO keynote message at SAP's Sapphire Now conference this morning was that the German business software giant was focused on running simple.

The company has been criticized in the past for being too complex. In his keynote, CEO Bill McDermott committed to simplifying the way SAP does things. "There’s a huge chip on my shoulder," he said. “We chose to fight complexity because no company understands the problem [of] complexity like SAP."

Cloud is the path SAP has chosen to address the problem of complexity, and the cornerstone of its cloud strategy is HANA, the company's in-memory computing system.

CEOs want the integrated enterprise, McDermott said. "Eighty percent of companies that move to the cloud save money [and] 2014 is the first year the majority of new workloads will be performed in the cloud. Transition is happening rapidly and SAP is with you every step of the way."

SAP cloud powered by HANA is running in 20 data centers and now has 36 million users, running a variety of applications. "You can run your entire enterprise on HANA in the cloud,” said McDermott. HANA integrates all of SAP’s solutions in the cloud.

"HANA removes redundancy, reduces complexity and simplifies the IT stack," he said. But it is about more than just a different way to deploy applications businesses have been using in the past. "This enables a new class of applications. We can use HANA to simulate and predict actions of consequence before they actually happen."

Many of those applications are developed by companies other than SAP that use HANA. There are more than 1,500 companies in the HANA startup program, McDermott said. Synerscope, for example, has an application that analyzes transactions looking for fraud and does so on HANA.

SAP itself is a 70,000-person company running its entire business on its enterprise cloud. It has reduced its data consumption from 11 terabytes to two in the transition, which McDermott largely attributed to HANA.

The CEO dedicated some time in his keynote to announce that Fiori, SAP's collection of about 300 role-based applications for user productivity and personalization, was included for free in maintenance contracts now. If you previously paid, you’ll get a credit (not money back). Fiori apps are for customers using SAP Business Suite on any database and SAP Business Suite powered by SAP HANA.

SAP also announced a partnership with eBay and Ariba Network to build a cloud-based enterprise service procurement catalog. It allows setting spending restrictions and creating a system for service approvals. It is an effort to shut down “maverick buying.” SAP is offering this service free for the next 30 days. “We wanted to partner with a company that understands marketplaces,” said McDermott about the choice to partner with eBay.

The company also announced a number of industry-specific cloud services. Check them out on our sister website theWHIR.