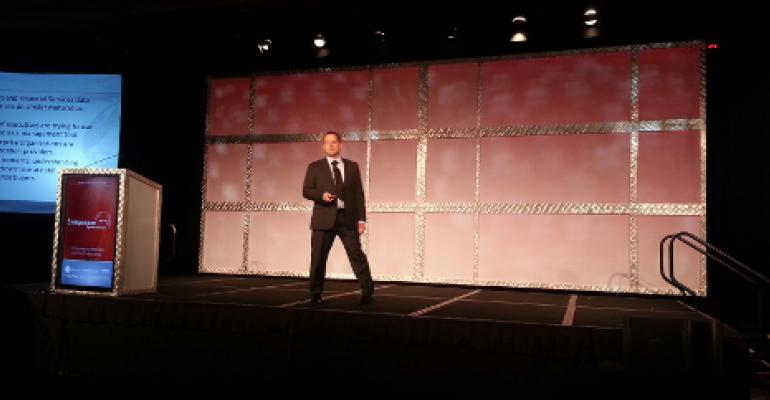 Uptime survey: Colo spending grows, as enterprise spending shrinks, but do not expect enterprises to shift compute capacity to colos or cloud quickly.

That is according to results of this year’s data center industry survey by the Uptime Institute. The organization released results of the latest annual survey at the Uptime Symposium in Santa Clara, California, earlier this month.

“Budgets are up, but they’re not up for everybody,” Matt Stansberry, Uptime’s director of content, who presented the survey results at the Symposium, said.

The numbers indicate that the trend of enterprises increasingly choosing to outsource data center operation to commercial providers is continuing. Enterprise data center spending has been going down as providers build more and more data center capacity for the past several years.

Financial services companies were a notable exception among enterprises. More than 60 percent of companies in this category reported budget increases, which is indicative of a rapidly growing role technology plays in financial services.

Here is Stanberry’s drill-down into the budget trends: 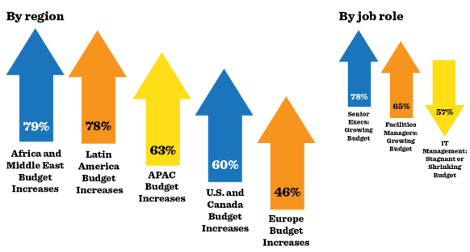 The survey group was split almost equally among enterprises and third-party service providers.

About half of survey respondents were from North America; about 20 percent from Europe. The remaining 30 percent was split predominantly between Asia Pacific and Latin America, with some participation from Russia, Africa and the Middle East.

Of them, more than 50 percent were facilities managers; about one-fourth were IT managers, and the rest vice presidents and C-level execs.

Enterprises plan to have more computing capacity in colocation facilities or in public clouds over the next 12 months, but not by a lot.

Currently, 25 percent of the respondents’ total capacity is running in colos and seven percent is outsourced to public cloud providers. The colo portion is expected to grow by only one percent over the next 12 months, and the public cloud portion will grow by two percent, Uptime concluded.

Of the companies with 5,000 servers or more that use colocation providers, 37 percent use more than five different providers. The majority of that 37 percent are financial services companies. 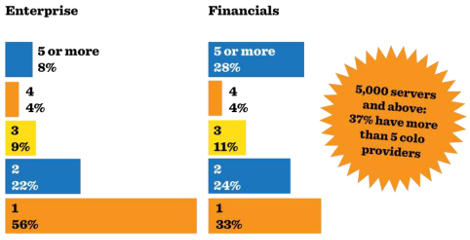 About half of financial services companies surveyed have a formal process for defining requirements of their third-party data center providers, while only about 30 percent of traditional enterprises use a formal process for this. The rest of the respondents did not know whether there were such processes in their organizations.