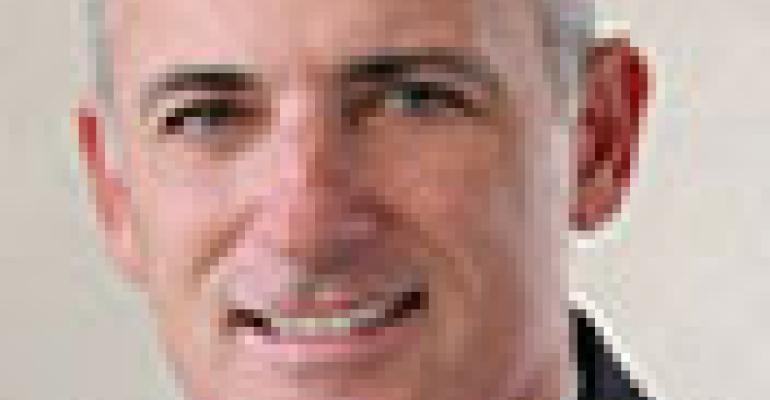 Like the spring that is finally upon us, a handful of technology trends are beginning to emerge at the state and local levels for 2014. Here are four trends that Mark Weber of NetApp sees as "first and foremost" among government agencies.

Like the spring that is finally upon us, a handful of technology trends are beginning to emerge at the state and local levels for 2014. Government agency leaders, like most other executives facing today’s budget realities, are focused on improving government performance through technology and efficiency. As the economy climbs out of the recession, budgets are still tight, and state and local CIOs have to find ways to do more with less.  The question is whether or not they follow closely behind their brethren in the commercial arena with certain technologies and solutions, and the preliminary answer appears to be “yes.” Here are the four trends that I see as first and foremost among government agencies.

The National Association of State CIOs named cloud computing as the top tech priority for 2014, eyeing advantages in terms of saving money through shared services, improved security, more robust infrastructure, and operational efficiencies generally – a lot of reasons to move this direction. Yet, at the state and local level, most if not all agencies are in the evaluation stage. In other words, they are not necessarily committing to cloud adoption, but are committing to evaluating cloud computing as a viable and potentially preferable alternative.

Government decision makers must recognize that the cloud is not a physical product; instead, it redefines operational and business process. This is important to understand as it relates to expectations.  Initial justification for cloud adoption often focuses on cost savings and commoditizing IT. But the benefits of the Cloud should be viewed as a way to redefine the new normal in how the public sector conducts its business. You will save money, but it will be based on operational efficiencies, reduced time to market and elasticity.

The biggest trend I see right now in this space is shared services.  Sharing services across agencies and jurisdictions is a top priority for state CIOs eager to make the most efficient use of resources for governments both large and small.  Sharing services is cost effective because it eliminates redundancy and helps ensure consistency and quality in delivery across agencies and divisions.

Over the past few years, state and local government agencies have launched a variety of shared services offerings. But one thing these pioneering providers have in common is a need for customers – courageous partners from other jurisdictions who are willing to move a significant part of their IT operations into another organization’s data center.  Seeking out and finding the natural synergies that exist across agencies will be a major focus in 2014 as government agencies continue to look for ways to shore up limited budgets.

The growth of eGovernment—whether between government and its citizens, businesses, government or employees—offers boundless opportunities for agencies.  eGovernment is not only about increased efficiencies and cost-effectiveness, although those are certainly important. It doesn’t take much of a stretch of imagination to recognize that removing paper forms from any program will eliminate many processing requirements and significantly reduce error rates.

But just as important in the long term is being able to provide access to programs and information to constituents on the very devices that they routinely use. This is particularly true with many on the underserviced communities who rely more heavily on government programs. Often, their only means of accessing services and benefits is through their smart phones, as they cannot take the time off their jobs to visit service centers in person.

From ease of service delivery to the ability to allow for more citizen engagement, the potential for increased efficiencies and cost-effectiveness is driving increased adoption of eGovernment policies.  In 2014, state and local governments will look to expand accessibility of services, forms of payment, automation and convenience across every sector. At the same time, it will also be addressing concerns raised by embracing eGovernment, such as lack of accessibility to the internet and security concerns.

Today’s news is full of data breaches and cyber-attacks, mostly involving large retail and online operations.  But state and local government agencies are not immune to the relentless cyber-attacks, and they operate critical infrastructure that houses considerable amounts of data regarding citizen’s private information.  The need to protect this data has never been more urgent.  While the Federal government has moved to put a cybersecurity framework in place, state and local governments will need to put careful consideration into creating a unifying approach to cybersecurity at a more micro-level.

These four trends are being driven by a consistent stream of innovation that is expanding opportunities for state and local government CIOs to succeed with their missions.