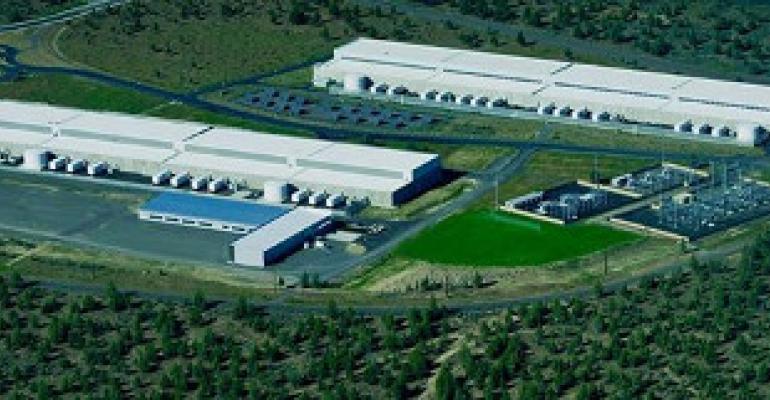 Facebook’s data center construction over five years has created about 650 jobs in Central Oregon and nearly 3,600 jobs in the State of Oregon overall. Construction of one of the social network’s most important nerve centers has also lead to $573 million in capital spending statewide.

That is according to economic consultants ECONorthwest, who recently completed a Facebook-commissioned study of the project’s economic impact. The company's campus in Prineville now has two massive primary data centers and a smaller "cold-storage" facility.

Data center construction in the U.S. has been booming over the past several years, and state and local governments have been competing to attract data center projects to their jurisdictions, primarily by offering tax breaks and by making it easier for the companies to go through planning processes. While day-to-day operations of a data center do not require a big staff, local economies benefit from activity around the massive construction projects.

Personal income from Facebook’s construction in Prineville between 2009 and 2013, for example, generated more than $6.5 million in state income taxes, according to the ECONorthwest report. The social network’s ongoing non-construction-related data center operations there in 2013 alone were linked to $45 million in economic output and more than 200 jobs in Central Oregon, and $64.7 million in output and about 270 jobs in the state overall.

Facebook also makes charitable donations in the community. Since 2011, the company has awarded about $1 million to Crook County schools and non-profits through grants and local donations.

“We’re pleased to continue to have a positive impact on the economies of Prineville, Crook County and Central Oregon, from construction activity to full-time employment, direct job creation and indirect ‘multiplier spending effects’ to our charitable giving initiatives,” Facebook representatives wrote in a statement announcing results of the study.

Another benefit of the project the study did not measure was the fact that Facebook had put Prineville on the map as a potential data center location for other companies. Several years after Facebook's arrival, Apple built a massive data center in Prineville too.

The first building on Facebook's Prineville campus was the first data center the social network company designed and built for itself. Prior to that, it leased space from commercial data center providers. Today, it also has its own data centers in Forest City, North Carolina, Altoona, Iowa, and in Lulea, Sweden.