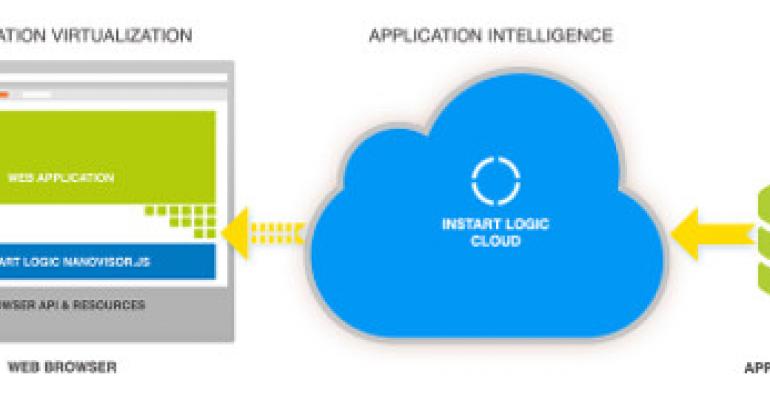 Web application acceleration startup bills itself as a "CDN replacement"

Instart Logic, a content delivery network startup, has closed an oversubcribed $26 million Series C funding round. The company, which has more than 10 patents pending, says its CDN services are tuned to cloud, the proliferation of mobile devices and the last mile, billing itself as a "CDN replacement."

The growth in mobile devices, wireless access and application size has created new bottlenecks in so-called "last-mile" networks, affecting application performance. Better and faster content delivery is becoming a more mainstream need, and the traditional CDN focus has been on addressing the “middle mile.”

Instart CEO Manav Mital said his technology had introduced some of the world's most performance-obsessed companies to a new way of accelerating cloud applications in less than 12 months, and it was not going to stop there. “We’ve only scratched the surface of our technology potential, and we are pleased that KPCB is joining us to take our business into the next phase of growth.”

The company calls its technology "intelligent streaming." Its cloud-client platform identifies which parts of a web page should be prioritized in the load process and puts them in the front of the line, which means a website or Software-as-a-Service provider's customer can interact with the content sooner.

Recent additions of new features and services include PCI compliance (extremely important for retailers and anyone else dealing with credit card information) and enhanced HTML streaming, which ensure both security and performance.

Bad performance can be just as harmful as an outage. Reports from analytics companies like Keynote and Compuware Gomez during the holiday seasons show that even slight latency often causes customers to abandon websites, and it is latency during key functions that most negatively affects the end-user experience.

Instart said in March it had grown 500 percent since its launch in the summer of 2013. Its core customer base consists of large and mid-sized companies serving millions to tens or hundreds of millions of page views each month, including Internet retailers, online travel and hospitality companies, multi-channel vendors, SaaS providers and online media and gaming companies.

CDN is a busy market, with companies like Akamai, LimeLight and Highwinds running ahead of the pack. Big Internet companies, such as Google and Amazon, provide CDN services of their own.

The last CDN provider to drive such a high level of investment in this market was Edgecast Networks, which secured $54 million in financing before being acquired by Verizon in November 2013. Verizon bought the company to further improve and increase its ability to meet exponential growth in online content and to broaden its portfolio of site acceleration services for digital enterprises.

Another player that is closer to Instart than the traditional CDN providers is CloudFlare, which has enjoyed great success for its site acceleration services, particularly among mass-market hosting providers and big websites.