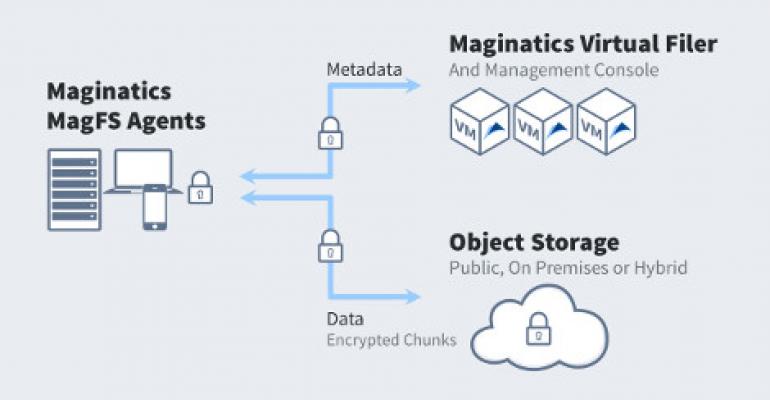 "With the addition of support for EMC ViPR object storage in particular, customers deploying an EMC-Maginatics solution will be able to seamlessly migrate their legacy applications to a software-defined cloud environment,"  Jay Kistler,CTO and co-founder of Maginatics, said. "The combined platform delivers the vastly enhanced agility enterprises demand."

Augmenting Site Cache, the new Maginatics Content Delivery Cache capability gives customers the ability to directly utilize a Content Delivery Network (CDN), without sacrificing data consistency. This enables them to provide an efficient read-cache experience for users who are continents away from their data.

Maginatics says it has also improved flexibility and control while enabling the manipulation of shares and MVFs from the IT admin’s tool of choice. It introduced enhanced security and audit control capabilities with support for multi-user-name admin accounts, ensuring that all actions performed on the virtual filer are attributed to the user invoking the action.

The new version also introduces improved disaster recovery and virtual machine healing functions aimed at reducing the number of steps required by admins during DR and fail-over scenarios. This ensures business continuity at all times despite major disasters.