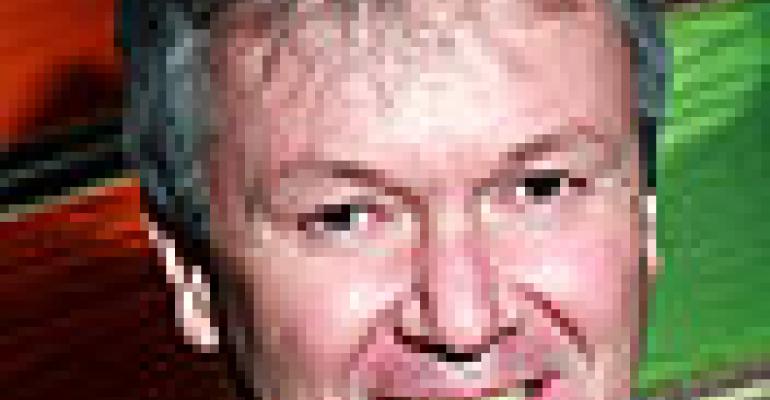 Will Cat 8 Cabling Force A Topology Change In The Data Center?

Different ‘Cat8’ solutions are being considered by the standards bodies for 40Gb/s over twisted pair copper, writes Ken Hodge of Brand-Rex. How will new cabling impact data centers?

Ken Hodge is Chief Technical Officer, Brand-Rex. He is a chartered engineer and a fellow of the Institute of Engineering Technology.

Work is advancing fast on Category 8 copper cabling which will find its applications primarily in data centers.  Like its predecessors, this “BASE-T” will be later to market than its co-ax and fiber-based competitors, but when it arrives, it will rapidly displace them because of its far lower cost.

Cat 8 will become the mainstream technology for rack-level interconnect in the data center. However, unlike earlier gigabit and 10-gigabit technologies it will not have a 328 feet (100 meters) range and so it will not support centralized switching with passive patch-panels at row level, except in smaller server rooms. This column explains how data center network topologies will need to change to take advantage of this new low cost 40Gb/s connectivity.

Cat 6A, being the fastest BASE-T solution currently available, is the de facto choice for data centers as specified by TIA/EIA for North America and by ISO/IEC Internationally.

In the data center, individual devices require ever faster interconnects. For example, one physical server now runs maybe ten virtual servers – and so the physical interconnect must handle roughly ten times the data. There’s the seemingly unstoppable move to streaming more and more video, plus the upcoming wide-scale adoption of ultra high definition ‘4K video’ and ‘big data’ is going to affect a lot of data centers in coming years. All of which means that as data center professionals we would be very unwise if we did not forecast that much higher bandwidths will be needed.

Already in certain high performance computing data centers (or HPC sections of data center) we see that 10Gb/s is not enough. Solutions such as bonded multiple 10Gb/s copper or fiber channels and 40Gb/s or 100Gb/s fiber channels are being deployed.

Also as happened in the early days of gigabit and then again with 10 gigabit/s - high-speed short-range co-ax copper solutions are already handling the early-adopter need for very high speed interconnects at 40Gb/s.

Unlike BASE-T, these short-range co-ax solutions don’t need all of the complex signal processing that is required for longer-length channels. So they are far quicker to develop and bring to market. The downside is that the cables and connectors are extremely expensive. Whilst these high costs are not really an issue in early-adopter applications, they are totally unaffordable in the data center mass-market. And that is where a BASE-T has historically come in around two years later at a fraction of the cost.

I predict that a similar cycle will happen with 40Gb/s.

Category 8 is still in its early days of development and it will be a good year or more before we’ll really know how it will look technically. But it’s almost inevitable that once standardized and productized its cost per link will quickly drop to a fraction of the co-ax and fiber based alternatives.

Currently, there are a number of similar but different ‘Cat8’ solutions being considered by the standards bodies for 40Gb/s over twisted pair copper.

As yet, there is no clear choice of connector - though there is a significant body of weight in favor of the RJ-45 footprint rather than the larger ‘square’ contender. This is partly in order to achieve high density patch panel and switch configurations and partly because RJ-45 is what almost everyone in the industry is used to and comfortable with.

It looks likely however, that even if a RJ-45 profile jack is used, to ensure the necessary crosstalk performance, its pin configuration will mean that it will not be backward compatible with 10GBASE-T and lower speed standards. Whilst this is unlikely to create a problem in the data center, it might not be so acceptable if Cat 8 ever reaches the enterprise LAN.

In an ideal world, the LAN connectivity would place no constraints on the designer’s choice of architecture or topology. But worlds are seldom ideal!

BASE-T standards have always (until now) been based on a 328 feet (100 meters) channel length. However, back in 2008 we at Brand-Rex launched a data center Zone Cable product that had a maximum reach of 230 feet (70 meters). Our research had shown that this would cover 85 per cent of existing data center link requirements and that, with only a minor amount of re-planning, data center could be designed to use 100% of this Zone Cable.

The massive advantage that made it worth the designer’s efforts to do so was that our Zone Cable gave Cat 6A 10Gb/s performance but instead of being the ‘thickness of a small garden hose’ (like many mainstream Cat 6A cables) it was as thin as a Cat 5e cable with a major positive benefit both inside racks and under the floor (where thick cables create air-dams and cause expensive cooling inefficiencies).

In the early-adopter implementations of Gigabit, early 10Gb/s and now early 40Gb/s a major topology change has been essential. This is because of the very short distances for co-ax based copper links, which has always meant that an expensive Top-of-Rack Switching topology is essential.

Later, as the BASE-T solution for each of these speeds became available, designers were able to have total flexibility to choose cheaper EoR (end of row), MoR (middle of row) or, in many cases, centralized switching with passive in-rack or in-row patching.

Cat 8 Will Be Different.

This is going to affect the way that data center will need to be designed, if they need (or will ultimately need) 40Gb/s and the cost effectiveness of BASE-T.

Gone will be the option for centralized switching as EoR or MoR switches become essential to stay with the 98 ft. or 164ft reach of the network cabling.

Interestingly network planners are already discussing, and in some cases implementing, a move away from hierarchical switching in the data center to a flatter topology distributed or mesh approach; which ties in well with an in-row switching configuration. So perhaps this apparent constraint with 40Gb/s copper won’t be a real constraint after all